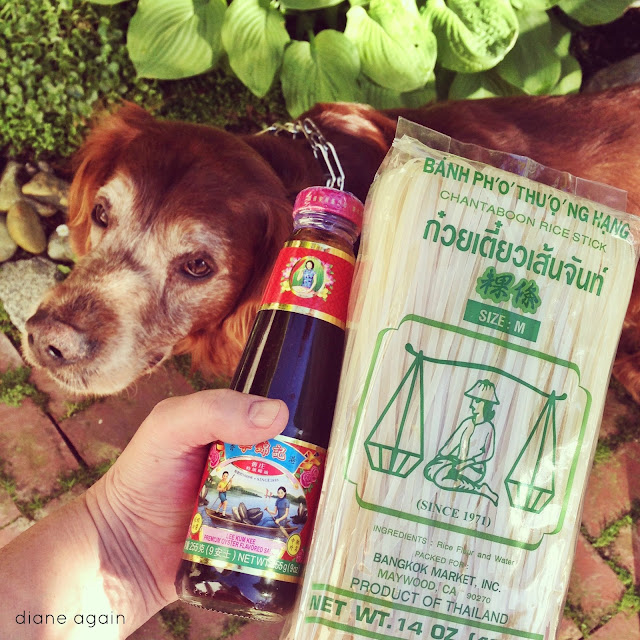 My dog, Ranger, has a long list of amazing skills.

1. He opens the refrigerator door by himself.
2. He plays a flawless game of hide and seek.
3. He sasses the cats mercilessly, but still wins their affection.
4. He strolls down a beach and makes every head turn toward his handsome self.
5. He charms the pants off everyone he meets, especially those who think they are afraid of dogs.

Yesterday, I discovered something new: Ranger has mad photobombing skills.

I was getting ready to make Pad Thai for dinner, and I was loving the authentically Asian labels on several of the ingredients. So in search of an interesting background for an Instagrammable shot, I wandered outside to the back patio for those tried-and-true bricks.

As usual, Ranger followed me.

Intent on my task, I didn't pay much attention to him. But I was vaguely aware of him taking a long, luxurious drink from my burbling Japanese fountain and then lifting his leg to an assortment of my flowers.

I know. He can be a bit of a scoundrel at times. I've learned to forgive him.

Anyway, I found the perfect light, juggled the two packages into my left hand, then used my right thumb to first tap the focus and then take the shot.

In the instant between hitting the focus and taking the picture, Ranger materialized on my screen, as shown above.

Making the Pad Thai - the latest of my Asian cooking experiments - was a snap. This recipe was straightforward and easy to follow, though a bit dry and under-seasoned. I easily fixed both problems by adding about a cup of chicken broth, another 3 or 4 tablespoons of the fish sauce, and lots more red pepper flakes. In the end, this big bowl of Pad Thai was just about perfect.

Almost as perfect as Ranger's timing. 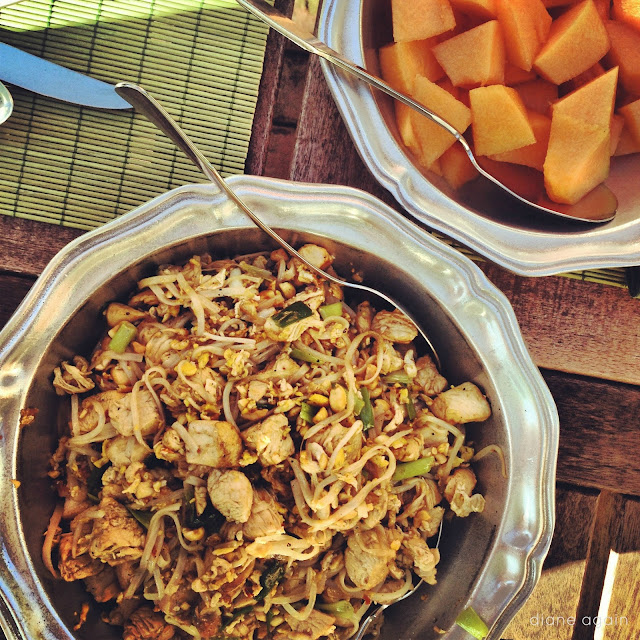 Posted by Diane Streicher @ Diane Again at 12:39 AM