After a sturdy hike through the giant sequoia groves of Yosemite National Park, and a stormy clifftop photo shoot, I was ready for a more easy-going wilderness adventure.

So my third and final hurrah was a drive along the Merced River on the Yosemite Valley floor.

After the menacing high mountain roads, the softer curves and smoother inclines of the valley were a relaxing change. We cruised through a long rock tunnel and came out to find this iconic and jarringly beautiful scene of the Yosemite Valley. 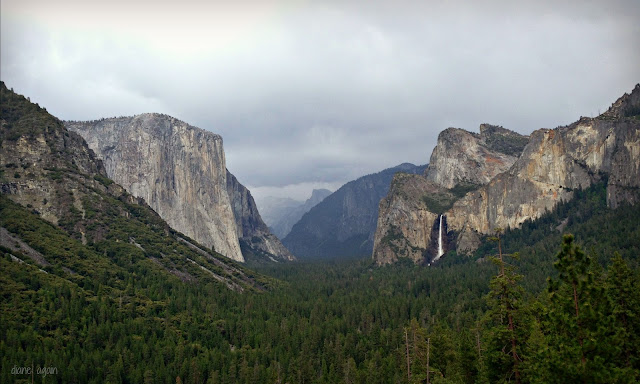 Framed by the gentle sweep of green forest, two sentinels guard the entrance to the valley: the massive granite El Capitan on the left, and the graceful Bridalveil Fall on the right. Centered between them, off in the distance, is Half Dome. The lingering clouds of the storm added to the power and majesty of this mesmerizing scene. There were at least a hundred other people at this spot, all of us frantically taking photos, but the vast majority of them were Asian tourists.

We drove to the base of Btridalveil Fall, and hopped out to take a closer look. Local Native Americans used to say that there was an evil spirit who lived here, and visitors who stared directly into the fall would be cursed. Oops. If that's true, I'm in serious trouble. 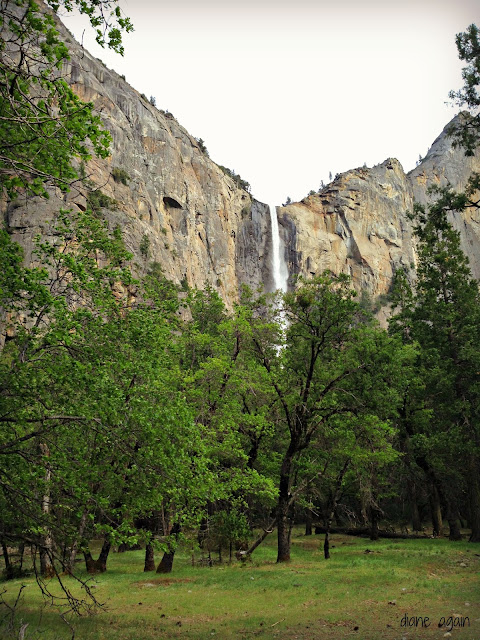 El Capitan is nothing more or less than a giant hunk of rock, flat on top and sharp along the edges. Much too steep for anything to grow, his long, straight, shimmering sides play off the sun's light. It's hard to explain why one feels such drama and power in the presence of a big rock, but I do. 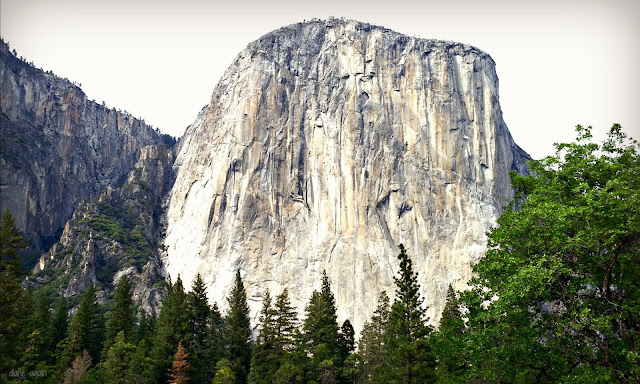 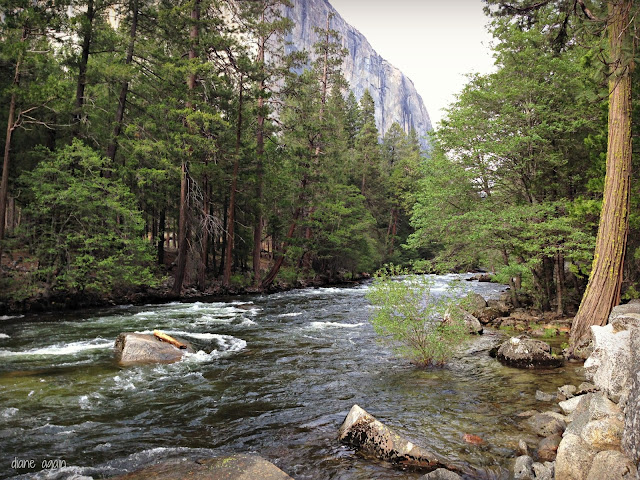 At the base of El Capitan flows the Merced River, the creative force that carved out this valley long ago. Powerful though it might be, it meets my eye as an friendly, refreshing, happy mountain stream.

I would have loved to wander much longer along the river. The grey clouds had finally blown away; the late afternoon sun and peeks of blue sky brought a whole new character to the valley and filled me with enthusiasm. But daylight was fading and I still faced a long and harrowing drive back to civilization. So I took the time for just one last photo stop as we headed west out of the valley 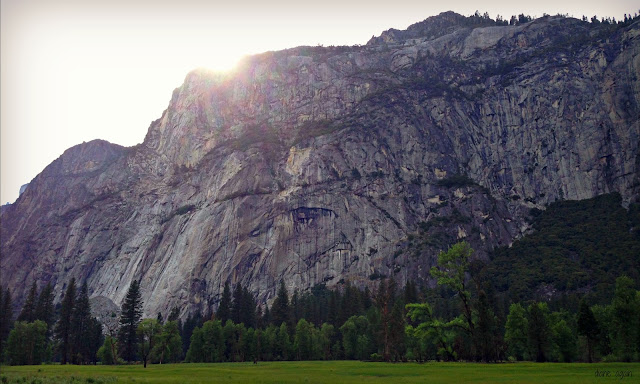 The next few hours were intensely beautiful and dangerous, and I was thankful to make it down out of the mountains as the sun was setting. I drove on through the darkness to Sacramento, where a soft warm bed awaited me. And so ended my three-part Yosemite wilderness adventure. 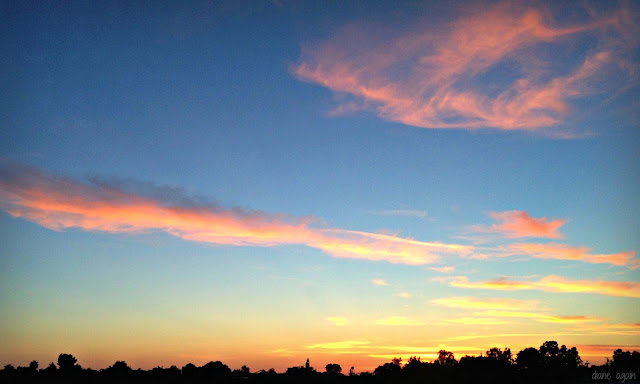 Check out the rest of my Yosemite travels: