I Get "So Emotional" About This Valentine Mailbox

Hello, hello! Welcome to this Valentine's Day Eve post in which I will show you what I've done for the family Valentine mailbox lately. You may know that I've been making little changes here and there to spruce it up a bit..you can read about that here. Today, as I was admiring the new scalloped trim that was added yesterday, I found myself wrestling with two dissatisfactions:

1. The cutesy white scallops and the utilitarian brown cardboard are opposites that are trying to attract, but I think they need a little help from a third element to make their match a success.

2. I'm still puzzling over the best way to identify the owner of each cubby. You may recall that each person in the family has territorial rights to TWO of the cubbies, which means that technically I would need two name tags per person. That seems a bit overdone, and I'm wondering if there isn't an easier way to stake our claims.

Happily, I cooked up one solution to both problems: 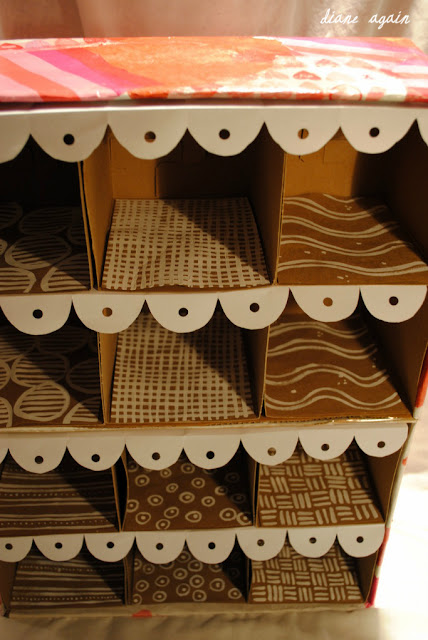 As you can see, I've created panels of white geometric designs that fit on the bottom of the cubbies. The white images are painted on brown craft paper that matches the cardboard cubbies, so they appear to be a seamless addition to the boxes. Yet the pops of white and the scale of the patterns bring the sweet little scallops into happy harmony with the boxy grid of cubbies.

And to solve the double cubbie trouble, I painted each design on two inserts and placed the matching pairs into next-door cubbies, so everyone can instantly see which two spaces go together.

We still need one name tag per person to sort out who goes where, but that is a problem for another day.

Here's the tutorial for the cubbie inserts..so fun to make!

1. First I measured the cubbies and cut bits of brown craft paper to fit inside each one.
Despite all my rantings yesterday about jumping off metaphorical cliffs and refusing to do craft math, I did use a ruler for this project. And I measured to the nearest QUARTER inch. Whoa now. Getting pretty technical. 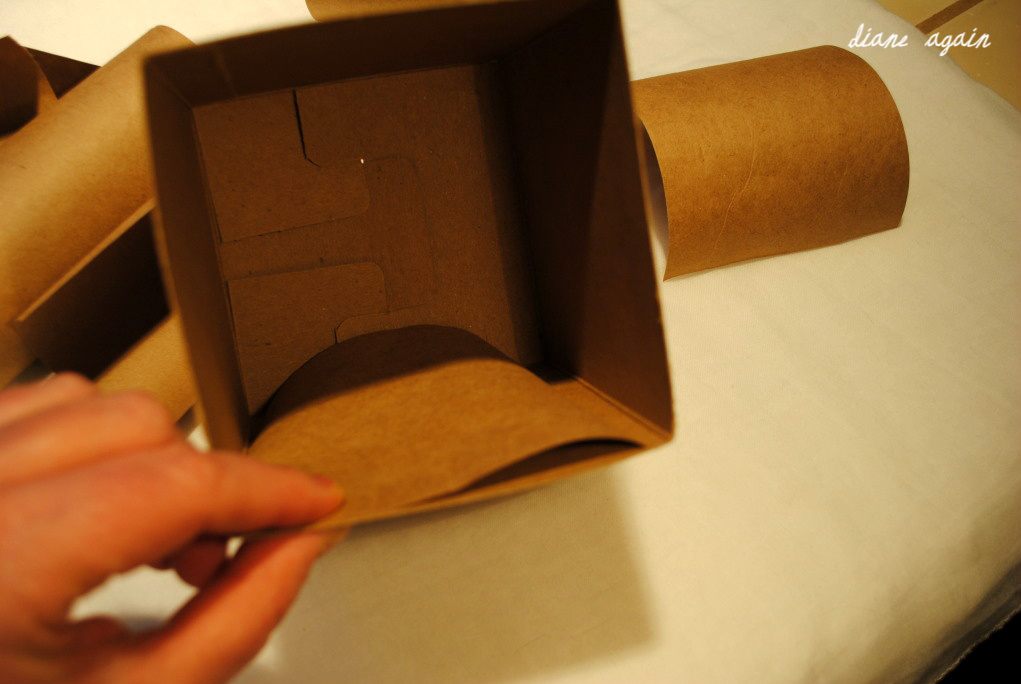 2. Dang. They fit perfectly but these inserts were so ridiculously curly!
I quickly realized that painting them would be a disaster of roly poly proprtions unless I had some sort of flattening intervention. Never one to send a boy to do a man's job, I hauled out my iron and showed them who's boss. 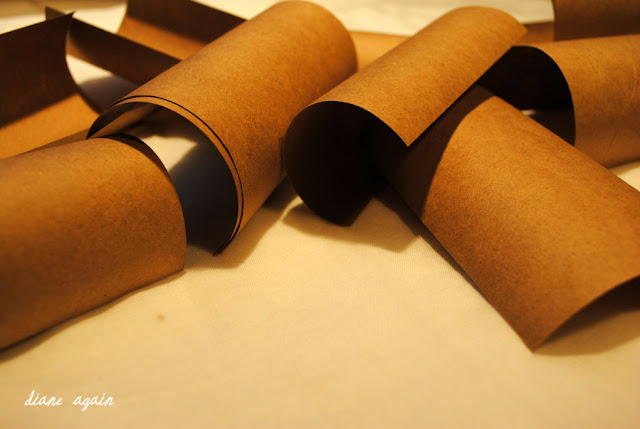 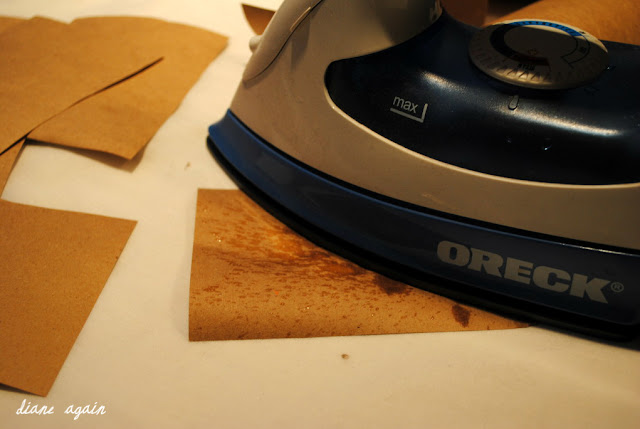 No, I am NOT afraid to use the spray feature on paper. Take THAT, you unruly beast. 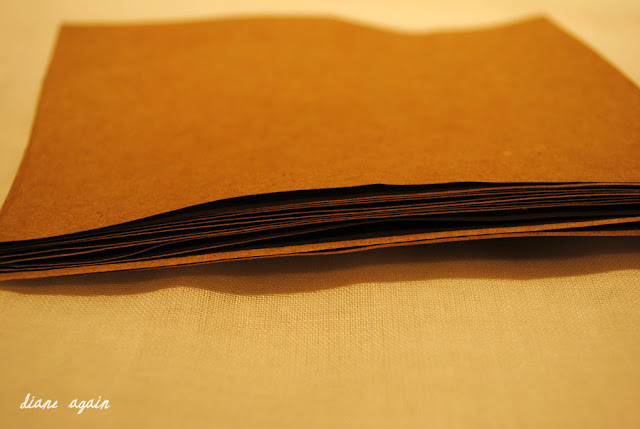 There. Much better. Flat enough to be usable, still rumply enough to show some spunk. I like that.

3. Grabbing my white acrylic paint and a teensy paintbrush, I got to work painting the designs.
I knew I wanted geometrics because I'm like that.
I knew I wanted three of the patterns to be mostly curvy and three to be mostly straight.
I knew that I had some good examples saved on my Pinterest board called Draw This. They were very helpful. 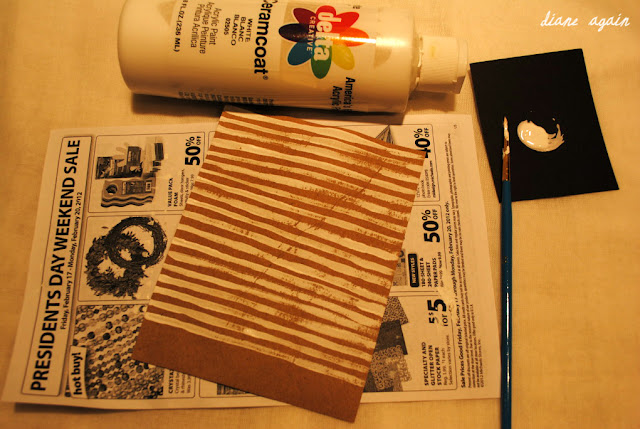 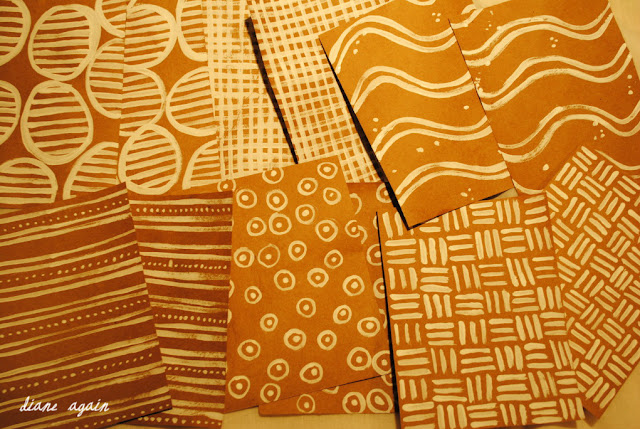 4. I let everything dry while I made a fairly satisfying meal of burritos, green salad and apple slices. I managed to use up a bunch of leftovers in those burritos without totally compromising the aesthetic of the burrito...you know what I mean? If you are covertly layering green beans and week-old spaghetti into your 'burritos', you have crossed the line. Anyway, it was a satisfying meal and a good way to kill time while the paint dried.

5. When the paint was dry, I fit the inserts into the boxes and secured them with the ever-popular little rolls of sticky-side-out masking tape.
I thought about gluing the inserts down, but realized that I'm likely going to want to upgrade again in another few years, so why cause trouble for myself down the road? Four sticky curls of masking tape per insert will surely get the job done.
I also spent some time thinking about how to arrange the patterns across the twelve cubbies. I knew I wanted the matching pairs to be above and below each other, and then I ended up mixing up the patterns with curves among the patterns with straight lines..variety is the spice of life, you know. 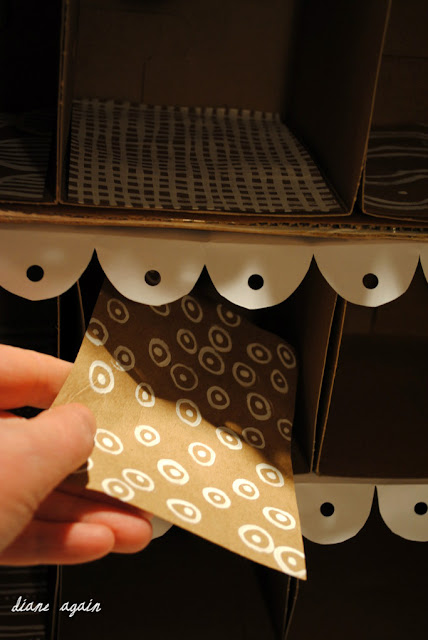 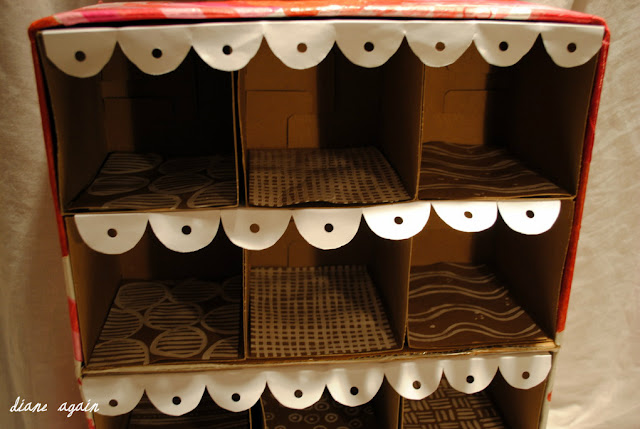 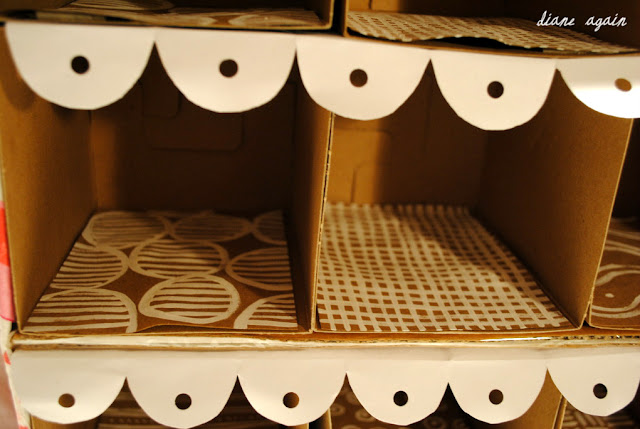 In other news: poor Whitney Houston. Rest in peace, girl.

Posted by Diane Streicher @ Diane Again at 1:01 AM

Email ThisBlogThis!Share to TwitterShare to FacebookShare to Pinterest
Labels: Art and Architecture, Seasons and Celebrations