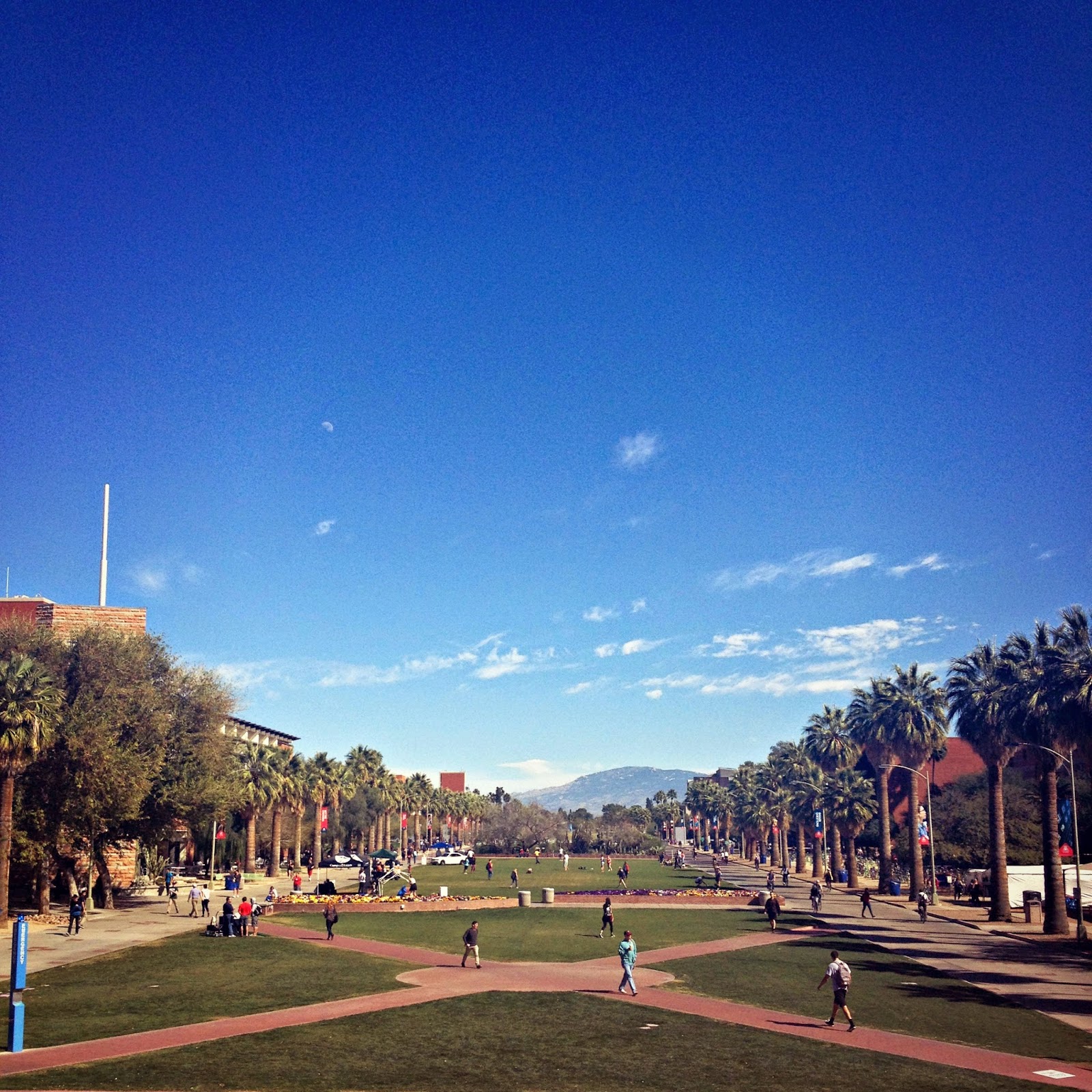 Somewhere around 40,000 students at the University of Arizona manage to survive in this obviously menacing environment. Hmm. Go figure. 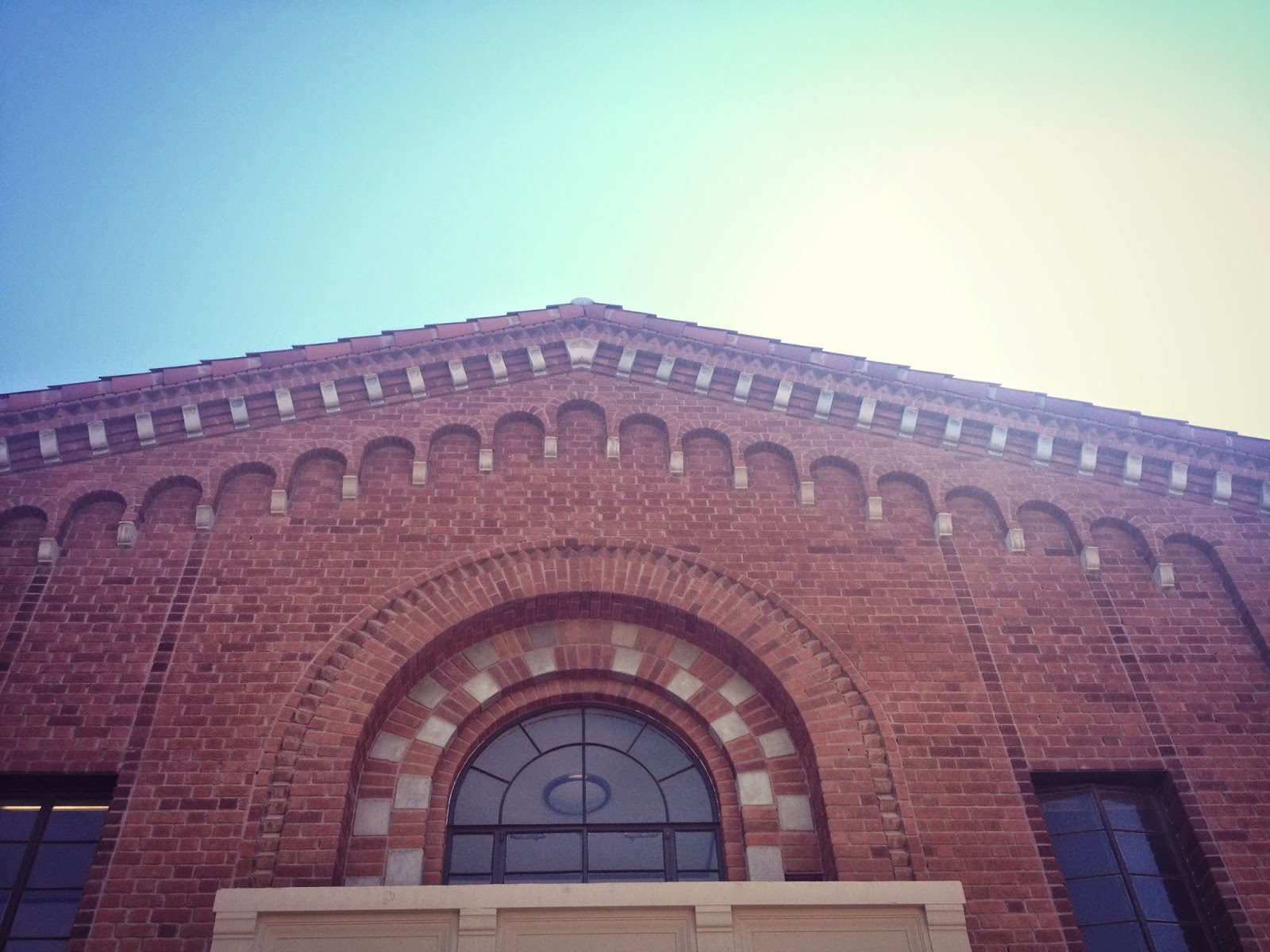 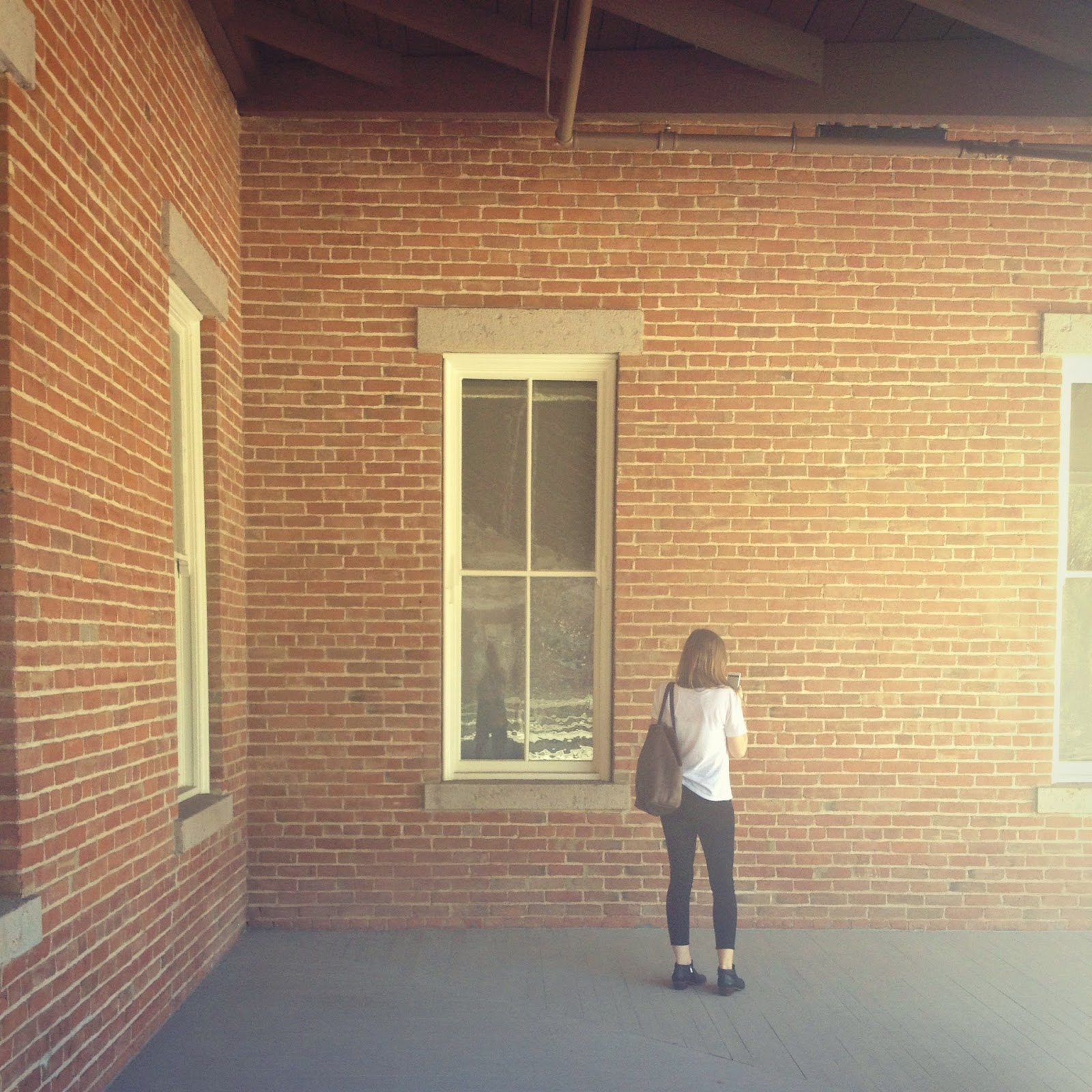 Gorgeous red brick is the campus building material of choice, offering shelter from the sweltering sun and putting all that native sand to good use.

Oh sure. I encouraged her to apply to any university she liked.

And I supported her dreams and enthusiastically assured her that wherever she wanted to go would be absolutely great with me.

But let's be honest. Her three older sisters all chose colleges within an hour's drive of home, and I figured she would more or less follow suit. 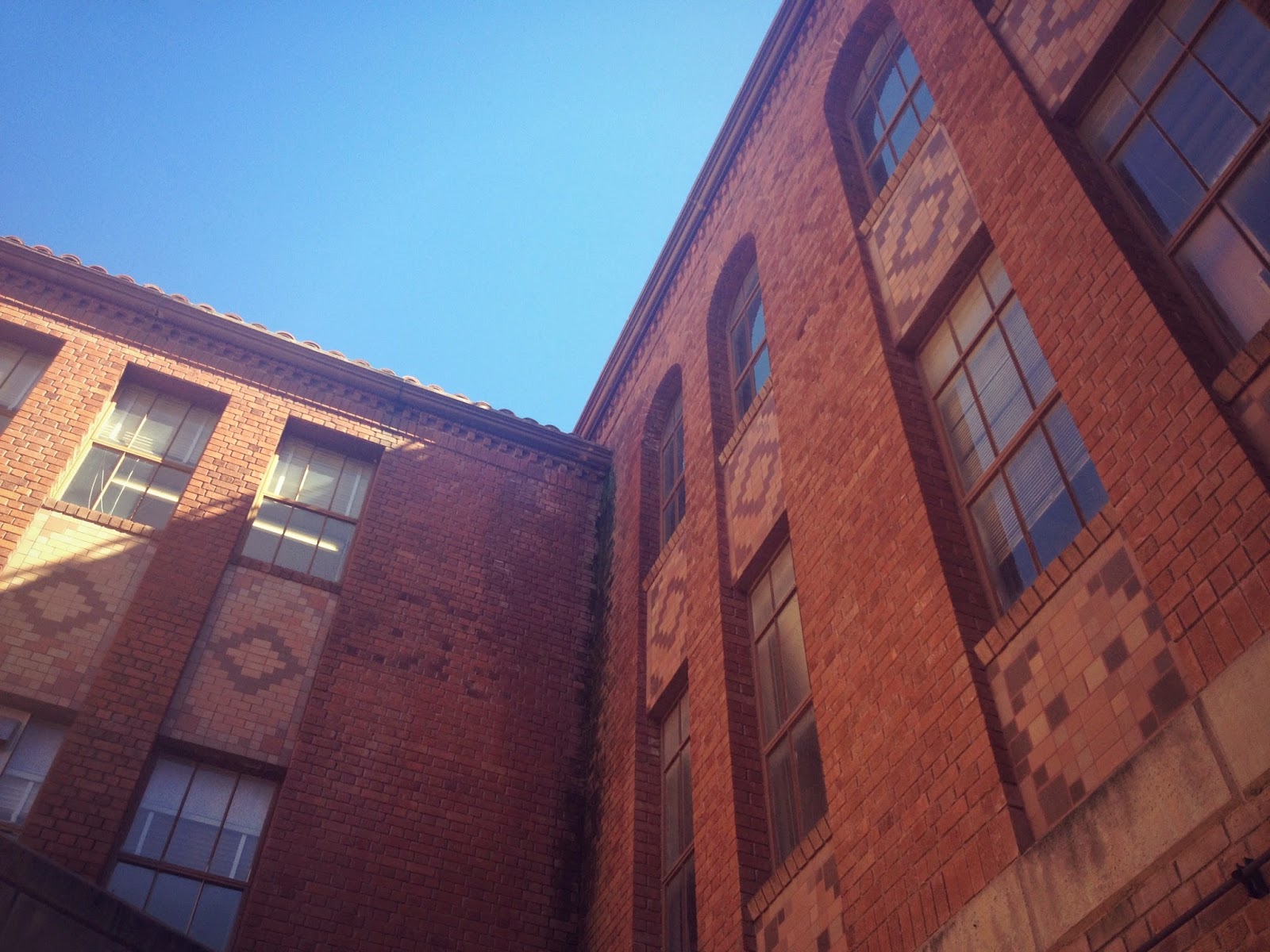 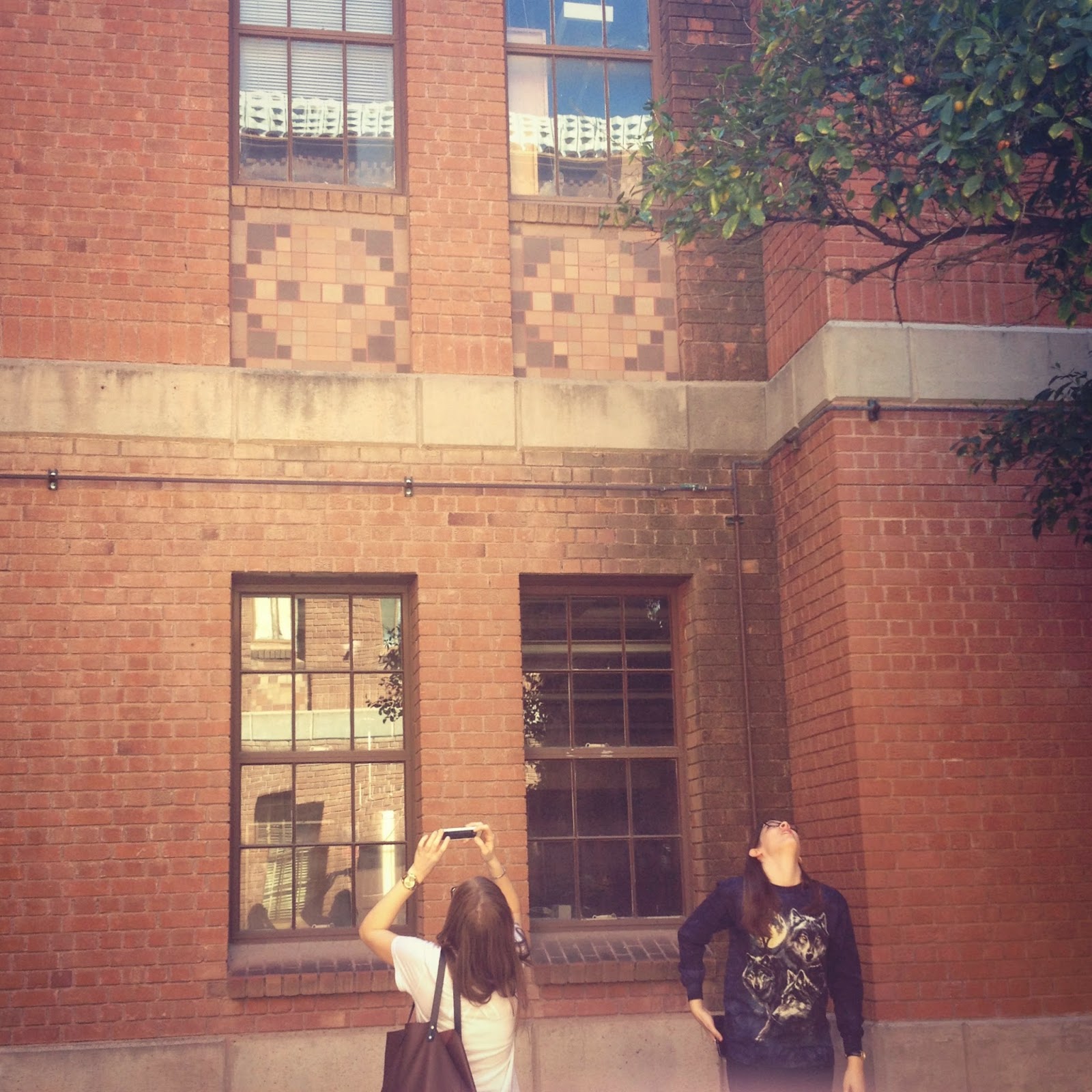 There were students attending classes in the rooms around this courtyard. I spied on them.
Exactly none seemed to be suffering from heat prostration.

In a classic move of independent thinking, my baby decided to go 1500 miles away from home.

But the distance wasn't the biggest shocker.

She settled on the University of Arizona, and promptly moved to the Sonoran Desert. 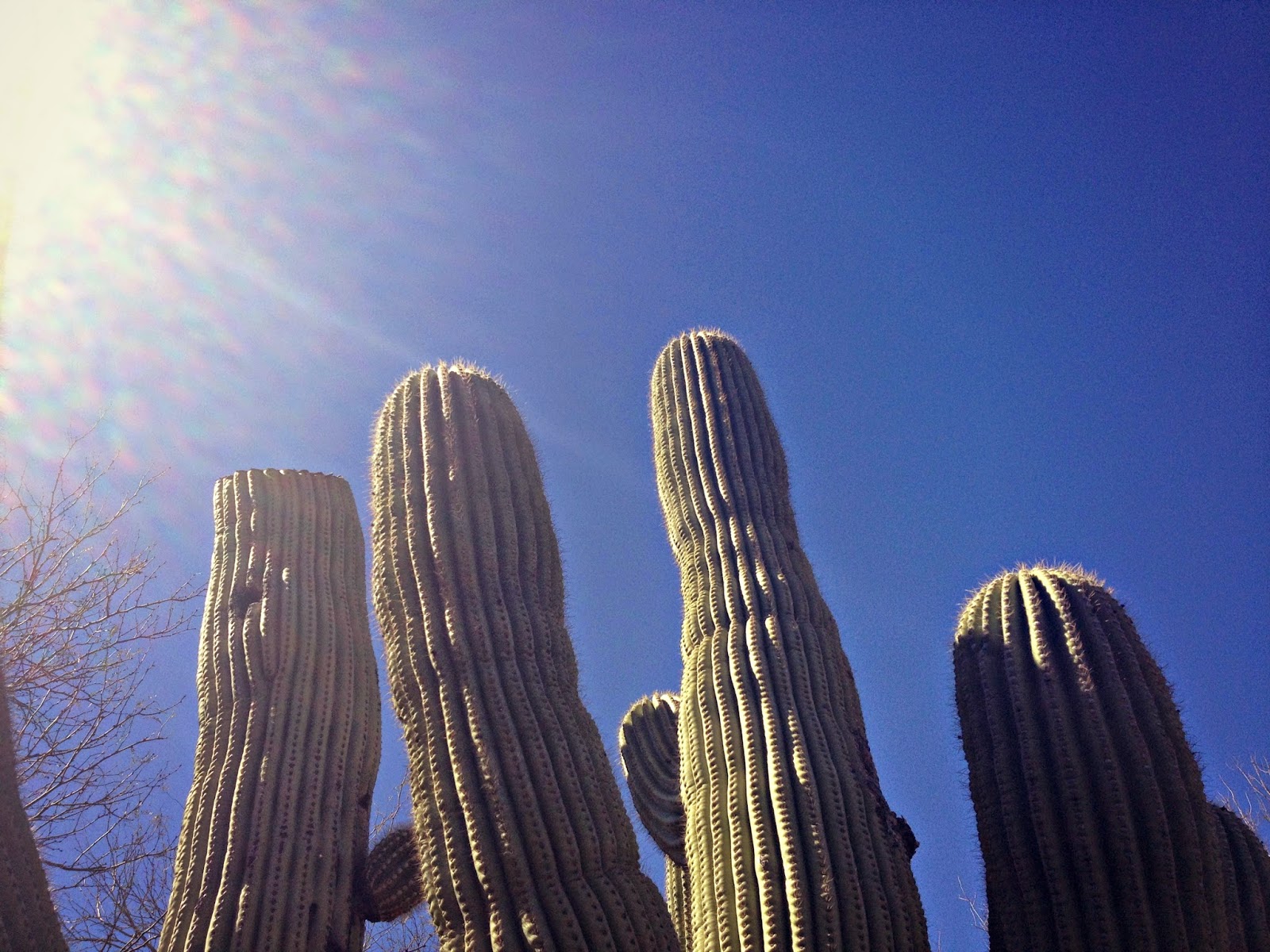 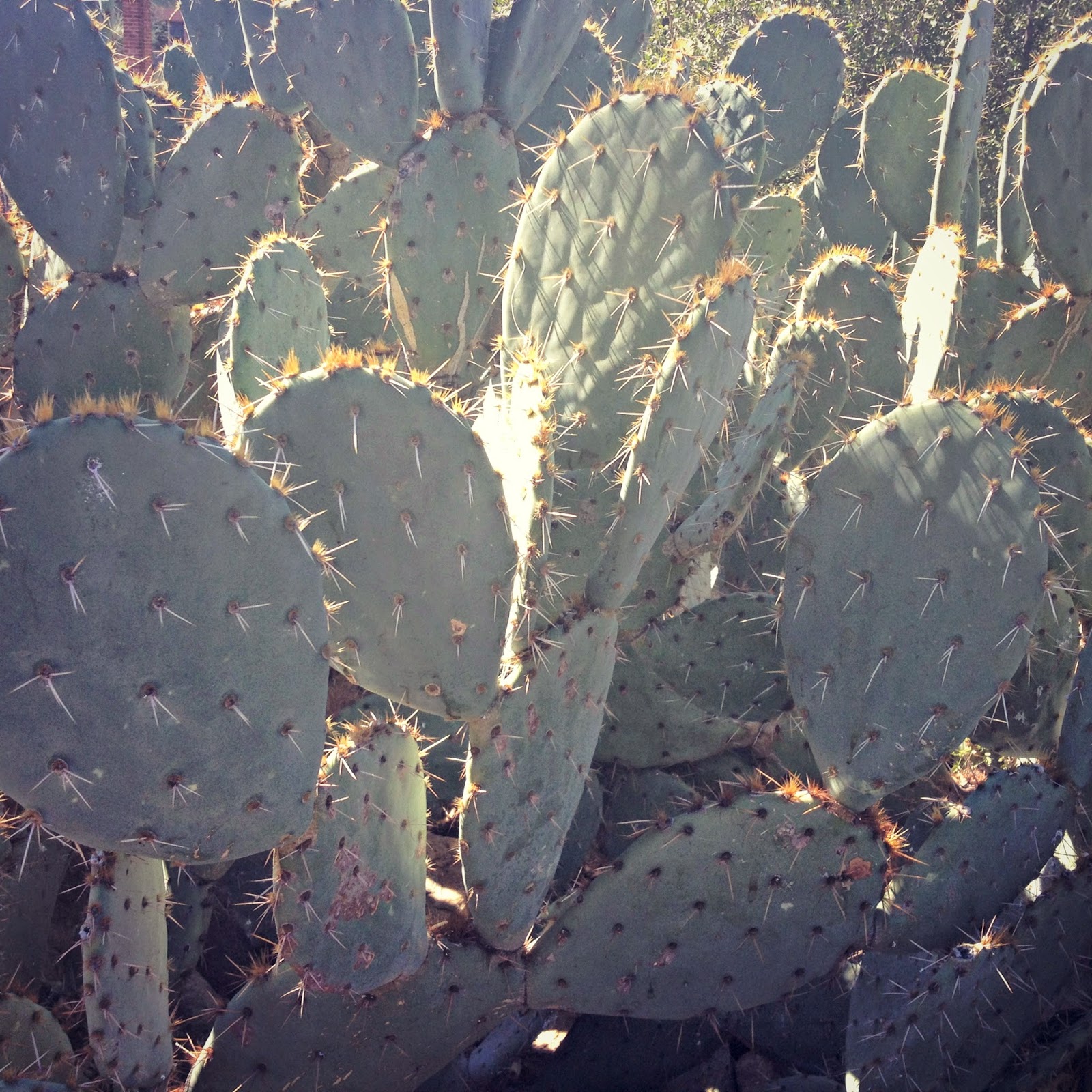 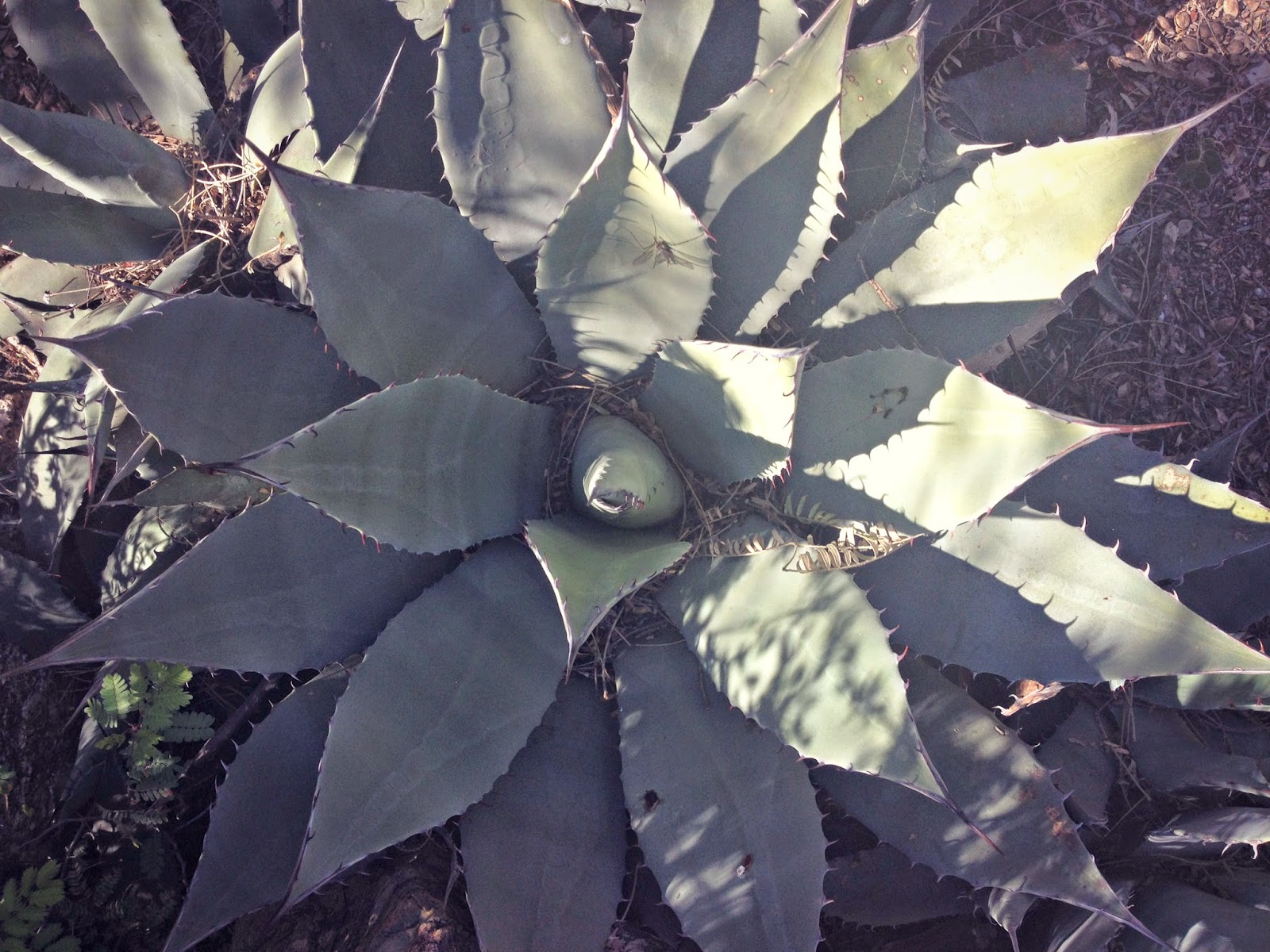 Ack! The worst has inevitably occurred and we are lost in the desert, hopelessly
meandering among the hostile vegetation until we are pricked and poked to death.
Oh wait. It's just a little garden on campus.

Now, I'm a fairly brave person. Not a lot scares me, and few situations leave me feeling truly powerless and out of control.

However, deserts are one of the few exceptions to that rule.

Let's be honest. Deserts are insufferably hot, desperately dry and dangerously inhospitable places. Without the protective embrace of civilization and modern technology, humans exposed to this alien terrain soon shrivel up and die. 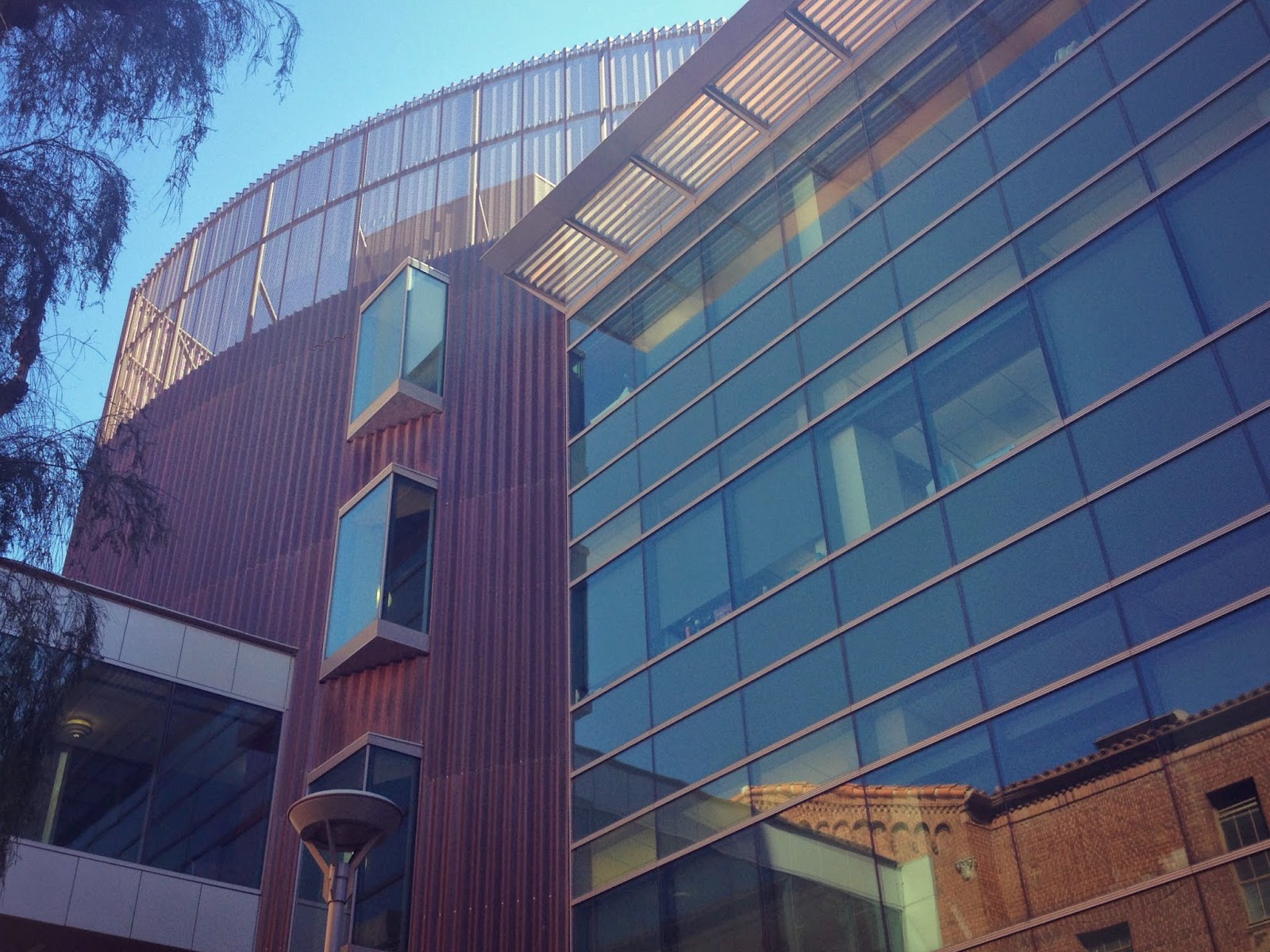 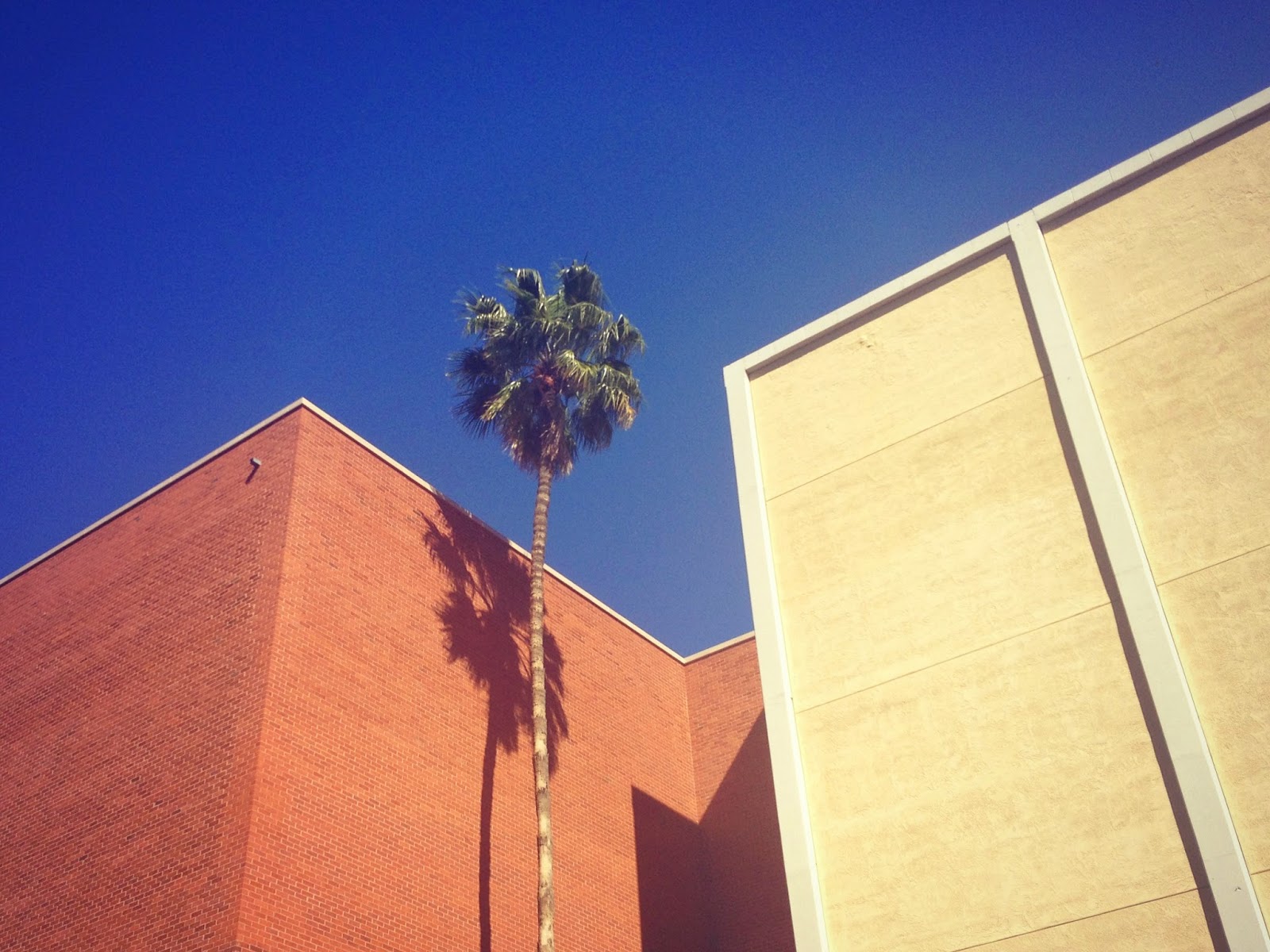 Lines, angles and reflections stir up visions in my mind until I am convinced I'm seeing an oasis. Actually, these are shady and cool classroom buildings. So I guess that's sort of the same.


So on that fateful day when my baby girl announced her decision to go directly to the scariest imaginable place on earth, I choked back all my fears and convincingly proclaimed, "Yes! Absolutely! What an awesome choice!"

When need be, I am a highly skilled liar. 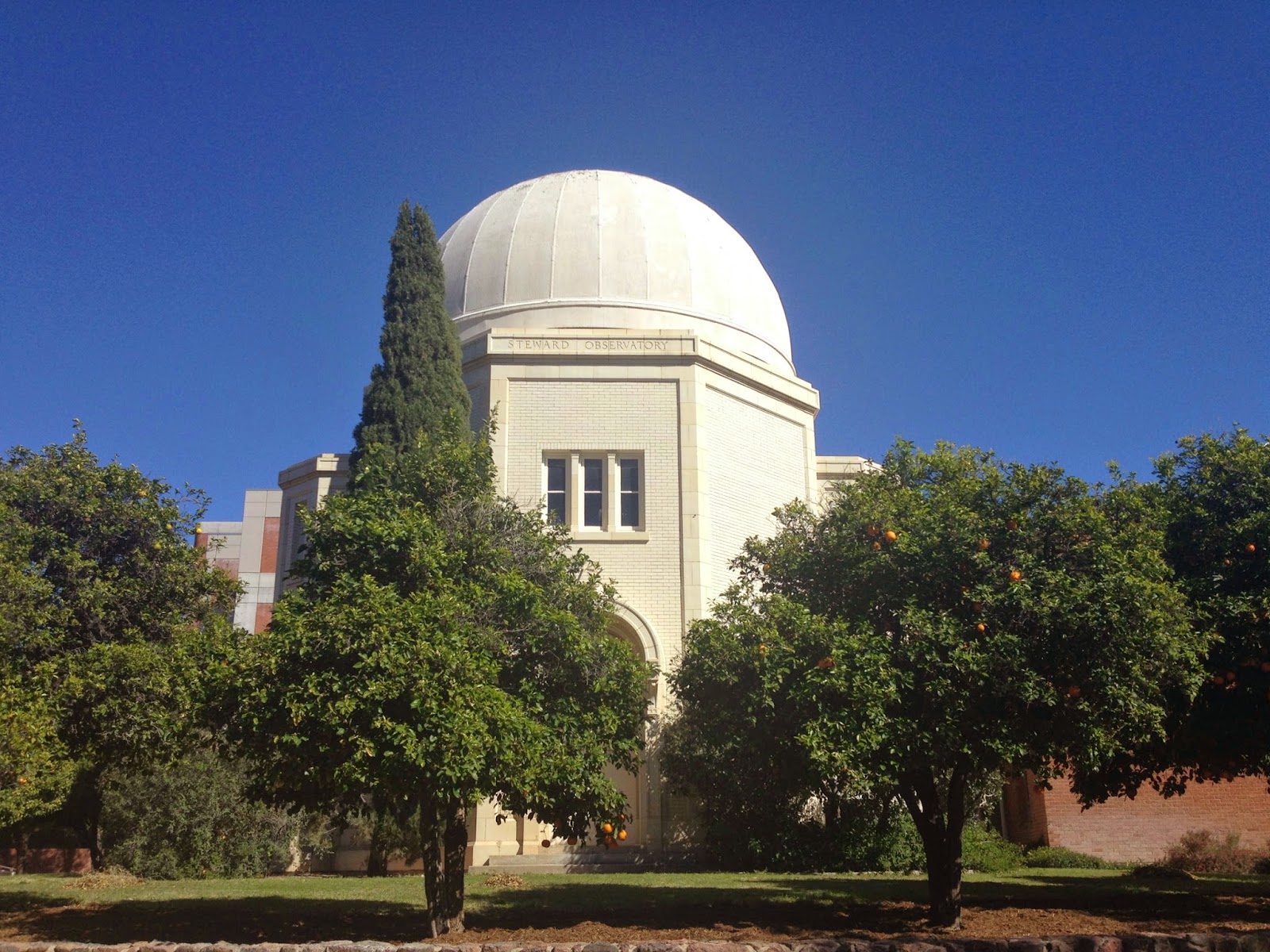 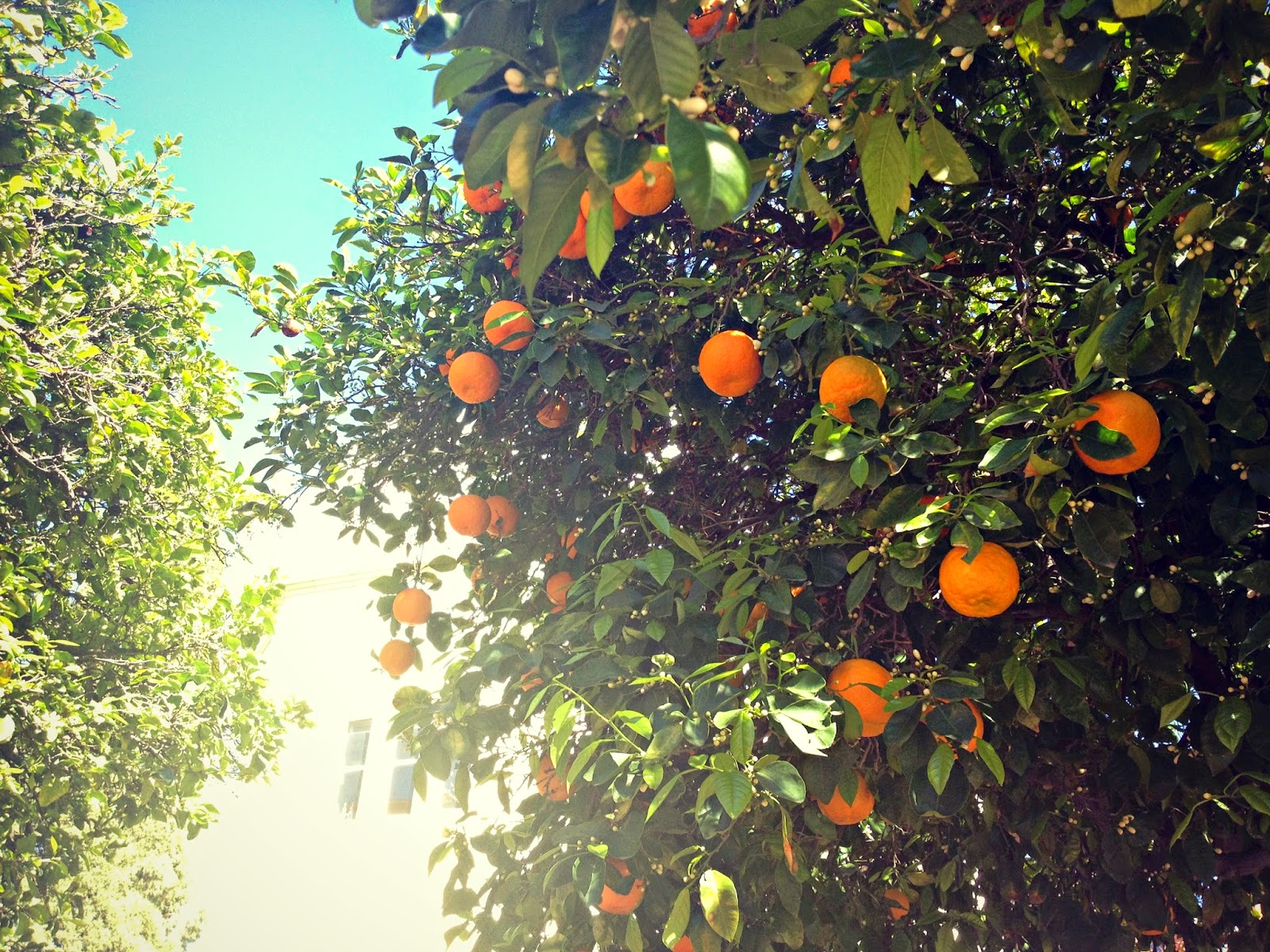 A college campus with its own orange grove? Well, that could be useful when violent sandstorms prevents students from returning to their dorms.


Nearly three years have passed and my daughter has managed to survive the fierce and unforgiving southwest desert.  She keeps her Cleen Canteen full of chilled Britta-filtered water, routinely wears a hoodie and jeans to stave off hypothermia in the icily air-conditioned classrooms, and avoids the midday sun by watching plenty of Netflix.

And if my daughter should ever find herself ravaged by the elements, surrounded by coyotes and about to expire, she can always wander in to one of the several In-N-Out restaurants near campus, and save herself with a cheeseburger. 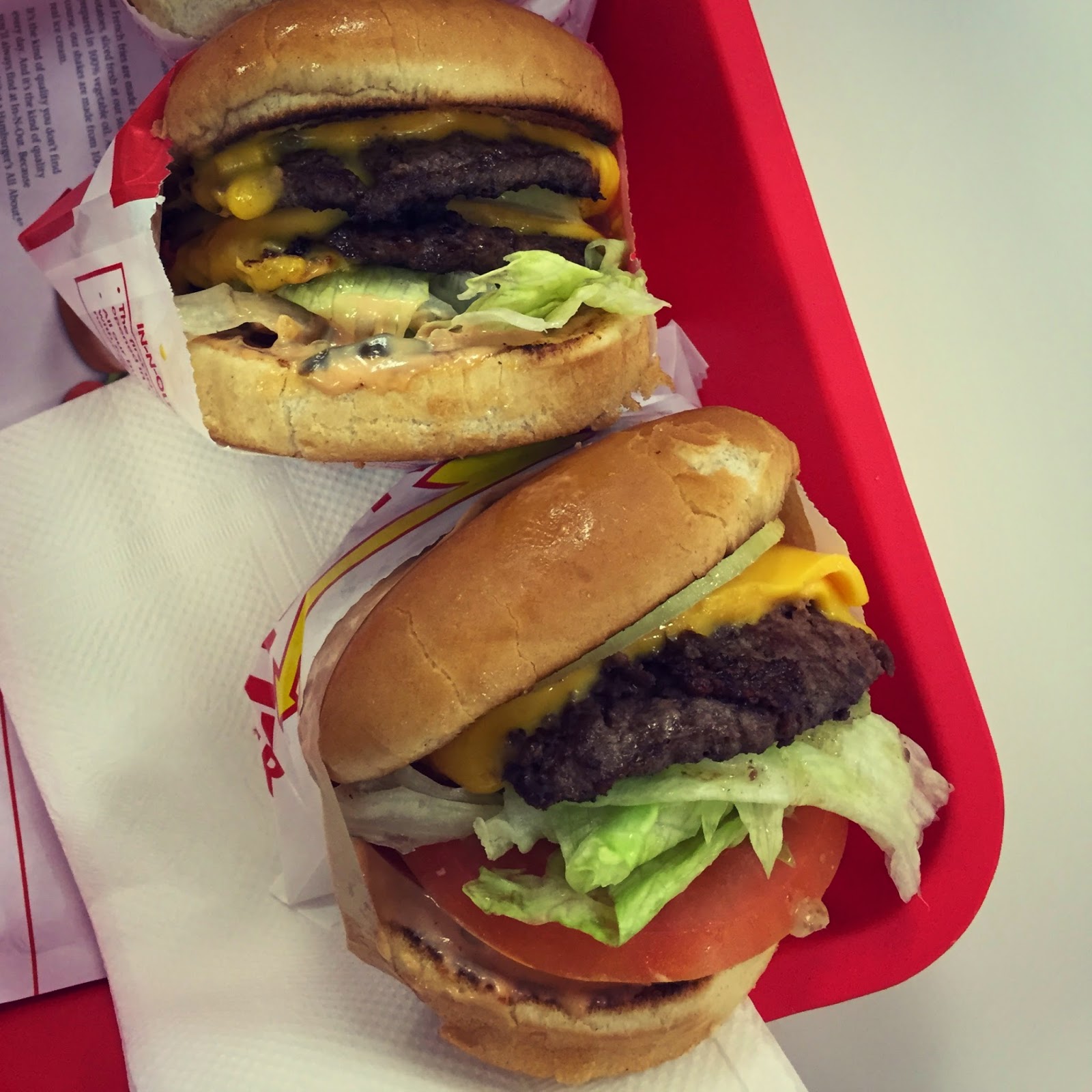 Make that two Double-Doubles and hold the Gila monsters.

I suppose the Sonoran Desert might not be so dangerous after all.
Posted by Diane Streicher @ Diane Again at 11:59 PM

Email ThisBlogThis!Share to TwitterShare to FacebookShare to Pinterest
Labels: Inspired Learning, Travels Near and Far