Ranger just turned nine years old. Guess how many times in his life we have given him a bath.

Yes. That averages out to about one bath every two years. Not kidding.

Now it's only fair to say that he often goes out in the rain and gets a nice rinse. Remember, this is Seattle, so it rains here about 364 1/2 days a year.

Just kidding. More like 155 days a year. Not kidding about that at all.

Anyway, my point is that he often gets wet. But because of either the grace of God or the luck of the Irish - and maybe they are one and the same - Ranger's coat looks like a million bucks, despite the lack of grooming.

But good looks can't save him when he rolls in something that smells bad, and bless his dogly little heart, that's exactly what he did yesterday.

So today, I decided it was time for a scrubbing, and broke out the family bottle of Head and Shoulders. Not kidding about that either; for a dog who only bathes once in a blue moon, I'm sure not going to buy him his own bottle of shampoo.

Then I put his leash on and hauled my little baby out to the back yard, where I unceremoniously sprayed him down with the hose.

Did I mention that Ranger dislikes this treatment? He was so upset with me that he didn't even want me to touch him. Look - here he is, all lathered up and needing to be scrubbed, but when I tried to sneak up on him from behind... 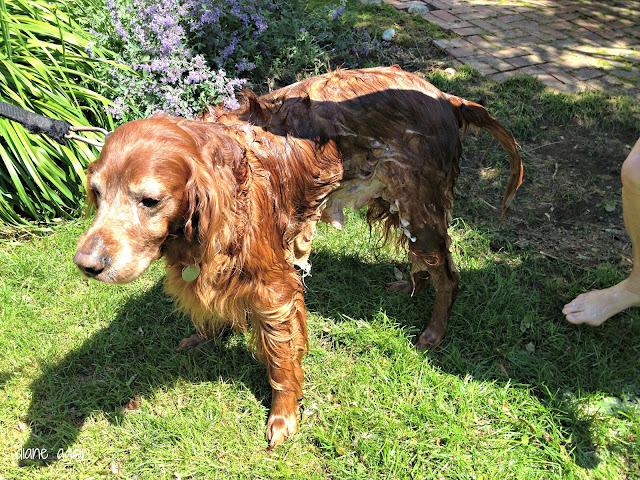 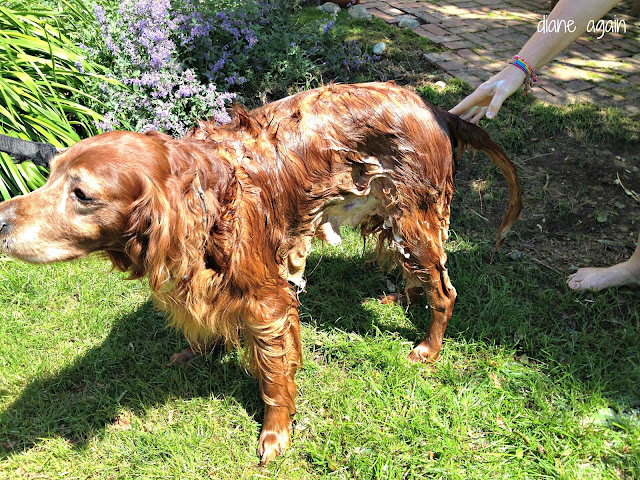 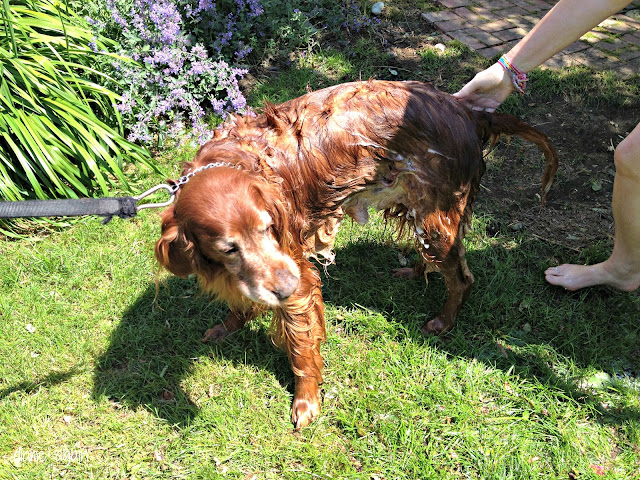 ..he swings his head around the instant my hand makes contact with him. If I were not subjecting him to this terror, he wouldn't even blink an eye when I put my hand on him like that. But this poor boy was as jumpy as a cat in a rocking chair factory, and he did NOT want me touching him. A split second after this shot, he jumped away from me, and we began the dance anew.

I should mention that this project quickly turned into a three-person job. One daughter held his leash and tried to keep him still; a second daughter was in charge of exclaiming about how cute he looked, and took the photos; and yes, I was elected to do the actual scrubbing. 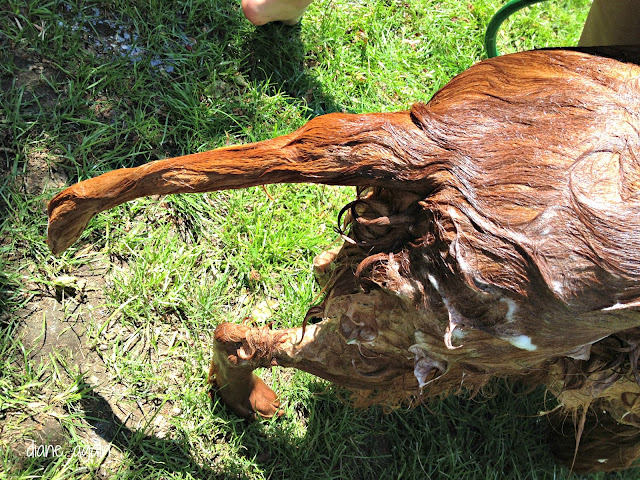 and that soaking wet head, complete with a dollop of soapsuds. 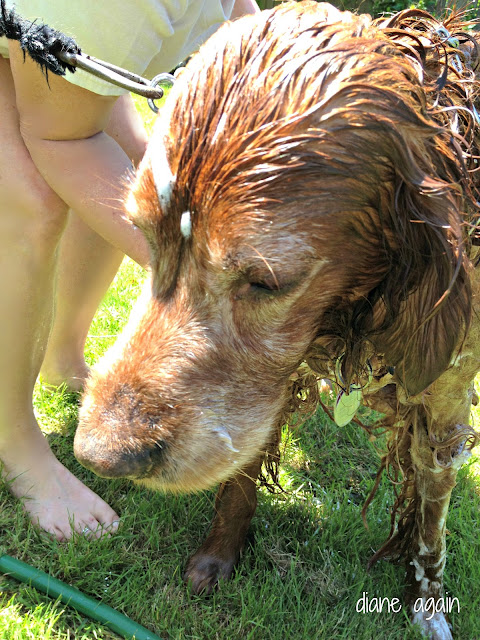 When Ranger is dry, the fur on most of his body is relatively sleek and smooth. Therefore, his back and sides don't look too radically different when he is soaking wet. But the fluffy bits of him are what look so comically thin. As I was rinsing him off with the cold water straight out of the hose, we were amused by his little scrap of a neck. 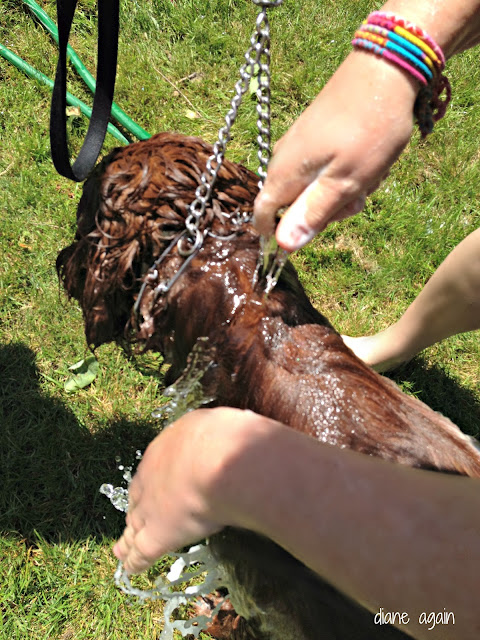 And that is exactly when Ranger lost his patience with the whole bathing process. Up till this point, he had been lulled into the notion that he had no choice but to stand there and take it, but finally he found his fight. Enough was now enough, and he just plain refused to stand still, and kept circling away from me every time I got near him.

So the photographer had to lay aside the camera and led two more hands to the job at hand.

Eventually, Ranger was rinsed clean, combed out, and sent to his crate to sleep while he dried off.

He was thrilled to be left alone for a few hours.

And when he came out, ta daaa! He was as gorgeous and fluffy and sweet-smelling as can be. 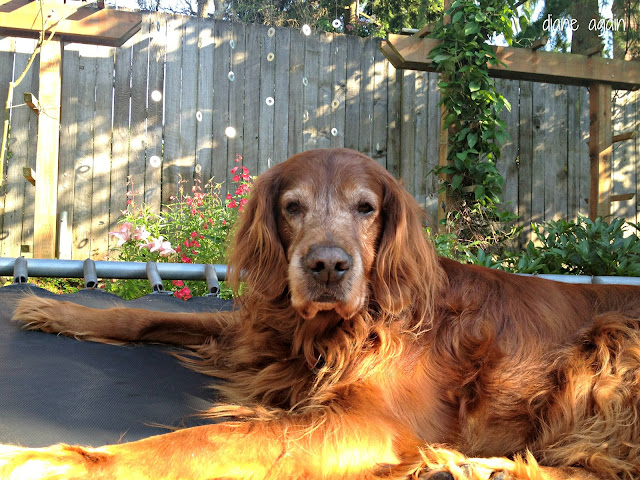 Good job, Ranger. You're set for another two years.