It was one month ago today that my mom died.

But the truth is that I've been walking toward her death for the past thirteen years and six months.

It was Monday, September 1, 2003, when the six of us showed up unexpectedly on my mom's doorstep, that I first understood her destiny. 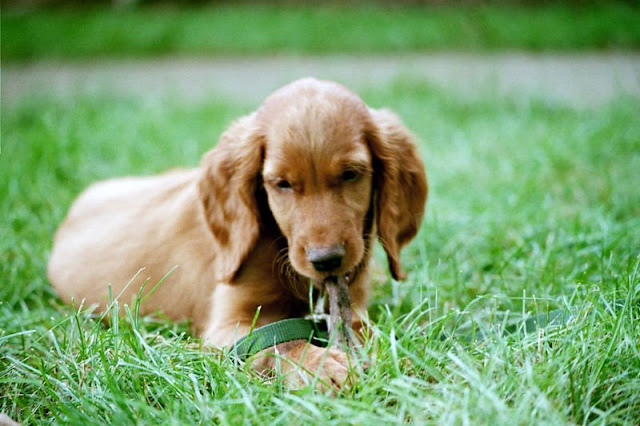 Well. Technically, there were seven of us. My husband, four daughters and I had just driven across most the United States, from Seattle to Mancelona, Michigan, to fetch our new pup. And with a wriggly and wonderful Baby Ranger in our arms, we decided to treat my mom to a surprise visit with her new grandson as well as her human family.

Whispering excitedly, we assembled on her front porch, rang the bell, and held our breath as her footsteps sounded down the hall.

Surprise!
Hi, Grandma!
Look, we got a puppy!

Pandemonium broke out as Mom opened the door, smiling from ear to ear, to let us explode into her house. I watched her face carefully, enjoying the look of genuine surprise and delight that told me she was truly thrilled by our unannounced cross-country arrival.

Then I noticed something else.

It was a flicker that crossed behind her eyes.
A slight hint of something more than just a good surprise.
An expression of genuine confusion.
A momentary lost of control.

In that exact moment, as I stood frozen in place on the doorstep with my daughters and tiny puppy streaming past me, talking and laughing with Grandma in a flurry of wild energy, I knew beyond a shadow of a doubt that my mom had dementia.

And I knew that dementia always ends in death. There is no cure.

In the thirteen years and six weeks since we stood on that porch, many things have happened.

For thirteen years and six weeks,

I've talked endless hours on the phone to her, even from Malaysia, India, and Vietnam.
I've worried about her through the dark hours of the night.
I've listened to her describe her hallucinations and acknowledged them as real.
I've gently advised her as she struggled to make decisions for herself.
I've baked her cookies.
I've helped her change her clothes and use the toilet.
I've reminded her over and over of the people who love her.
I've cried with her.
I've cried for her.
And I've prayed for her.

Sometimes wordlessly.
Because sometimes my heart was beyond words.
And sometimes I found the words to ask for exactly what I wanted - for God to surround her with his blazing light and purifying love, so that my mother would see only his majesty and none of this world's ugly hold on her.

On October 15, 2016, I rejoiced as he finally took her from her broken body to her great reward.

At the end of that week back in 2003, as we all piled back into the car and careened up the street, honking the horn and hollering our last goodbyes, I knew that my mother had dementia.

And in that moment, I began to walk with her toward heaven.
Posted by Diane Streicher @ Diane Again at 4:43 PM