A Crabby Day At The Beach

After lying around the house for a full week, stricken with the Asian flu, my clever daughters decided that I needed a change of scene.

Hmm. They know me pretty well.

So we drove down the hill, parked the car, and strolled out to our favorite place to hang out at the beach - the floating dock.

But I have to admit, I was feeling crabby. 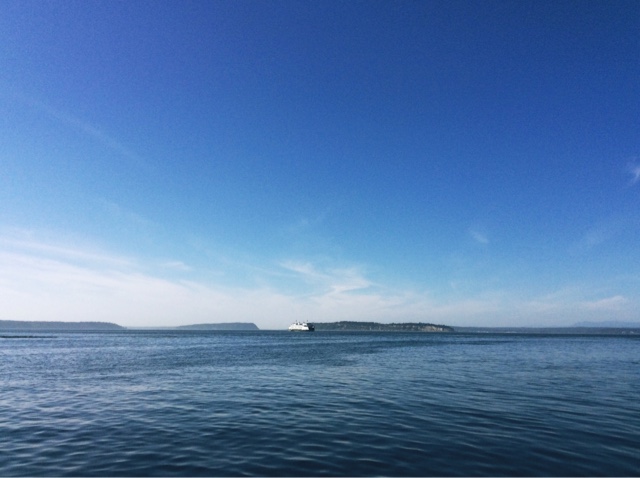 Mmm, a glorious scene awaited us there.

Sky,
sea,
islands,
and the sturdy ferry chugging across the water.

All was exactly and perfectly as it should be

Except for one thing.

The balance-control centers in my stuffed-up head were unable to properly interpret the rolling waves that pitched the dock underneath my feet. Instead of enjoying the ride, my legs wobbled uncontrollably and I felt like I was about to pitch over the edge into the briny deep.

Which, I must admit, made me feel even crabbier. 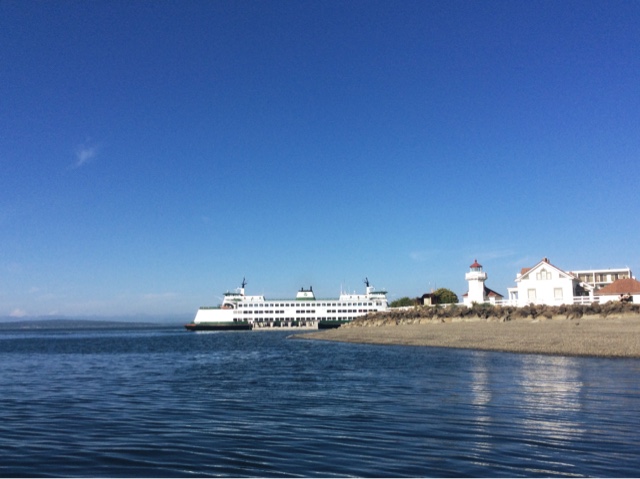 ^ I needed to get to dry land pronto. As I stumbled toward terra firma, my eyes fell on this strange sight.

There was the ferry, moored at its familiar dock.
And the friendly lighthouse, protecting the point as usual.

But what was all that grey stuff along the edge of the water?

Suddenly I realized I was seeing the effects of an extreme low tide. Usually the waves lap up close to the rocky seawall at the base of the lighthouse, and cut off access to the beach to the left and beyond. However, this low tide had created a superhighway of sand that stretched around that mysterious corner and led who knows where.

Clearly, this was a rare opportunity for adventure. 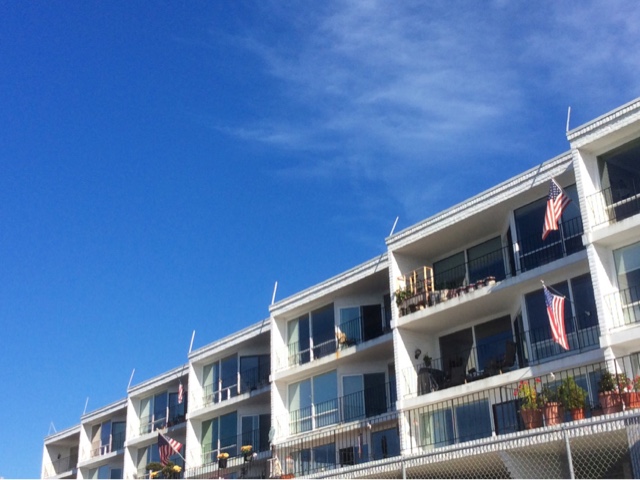 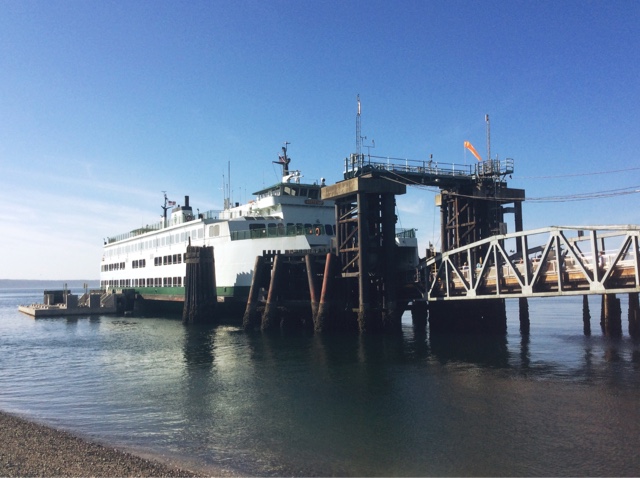 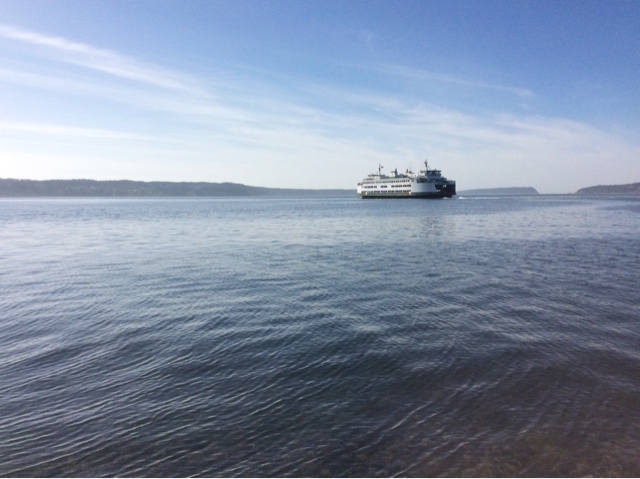 As I rambled along the rarely revealed stretch of sand, taking a zillion photos of these well-known icons from wildly unusual angles, I felt my mood improve and my heart lighten. I may have even stopped coughing for a few minutes. 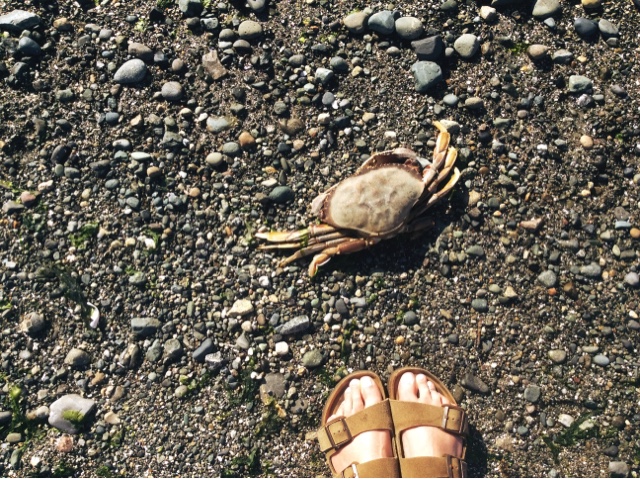 ^ As I made my way back to my waiting daughters, I came across this beautiful specimen in lifeless yet exquisite perfection. A Dungeness crab.

At that moment, I realized that there was only one crab on the beach. And glory hallelujah,  it wasn't me.
Posted by Diane Streicher @ Diane Again at 11:46 AM