Think that visiting an art museum sounds like a mundane way to spend a Thursday evening? 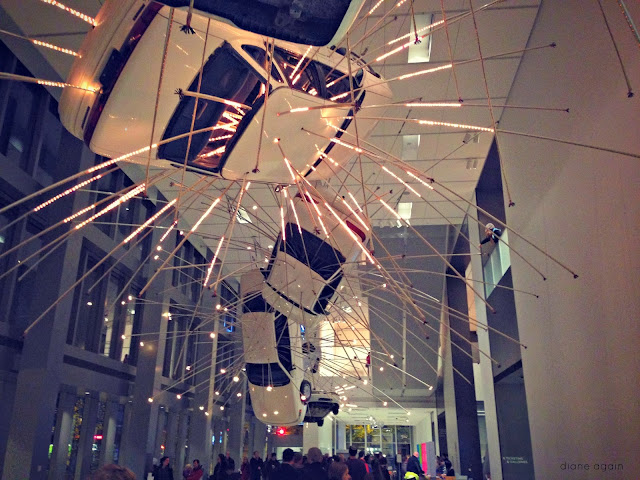 Walk into the lobby at the Seattle Art Museum and look up. The air is filled with cars somersaultiing and exploding above your head.

Trust me, you won't be bored. 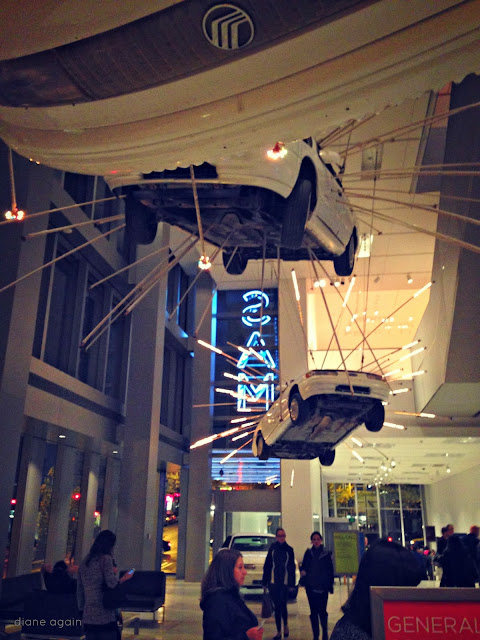 This series of white Fords - real cars - hang suspended from the ceiling, twisted and turned this way and that to simulate a rollover.

Jammed into each car is a series of sequentially illuminated rods that appear to detonate in a shower of flashing sparks.

You can almost hear the screeching brakes, twisting metal, shattering glass; smell the burning rubber, feel the heat of the blast across your face. 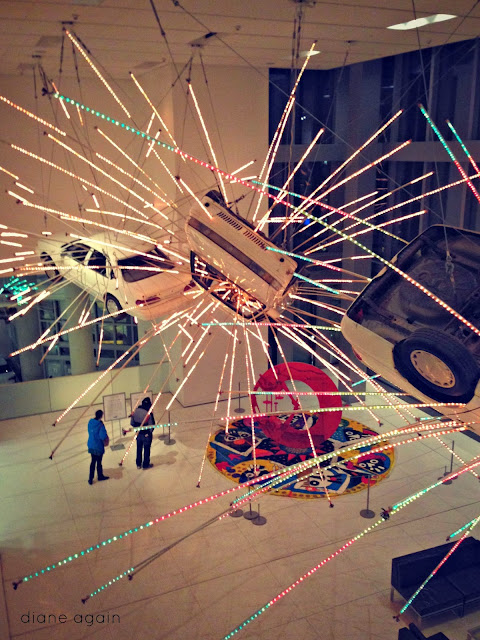 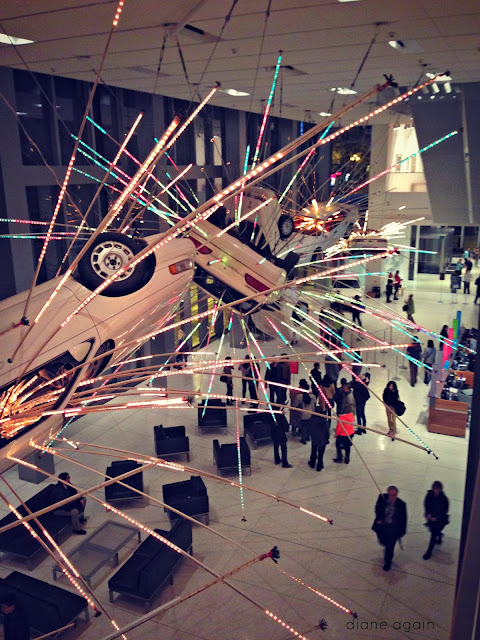 If you've got the nerve, head up to the second floor balcony and take in the view from a closer range.

The explosion of lights is almost within reach of your fingertips, but that danger is nothing compared to the imminent threat facing the folks down below. Inevitably, the crashing and burning cars will collapse upon them, turning everyone and everything to rubble. Or so it seems.

The artist, Cai Guo-Qiang, has a fascination with exploding art and sees this work, Inopportune: Stage One, as particularly relevant in the post-9/11 era. While his works are often politically charged and inarguably meaningful, I love this installation mostly because I think it looks really cool.

For more stories about my encounters with masterful art, read: