San Juan Islands: It's So Fluffy 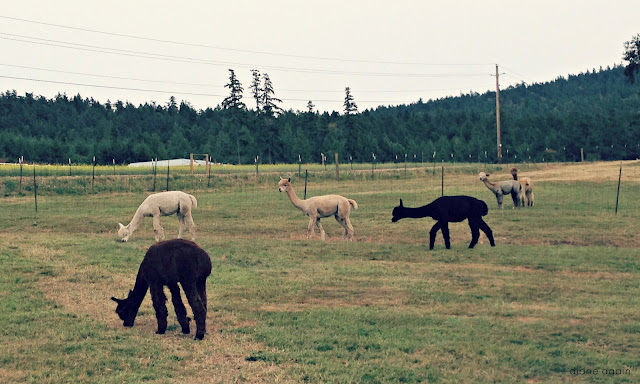 Here are two interesting things I learned during my whirlwind tour of San Juan Island:

2. My youngest is crazy for alpacas.

So it only follows that we would head over to the alpaca farm for a look-see. Official visiting hours were over for the day, but thankfully, a sweet little group of fellows was grazing right near the entrance. We pulled over, jumped out of the car, and walked over to the fence for a proper visit. 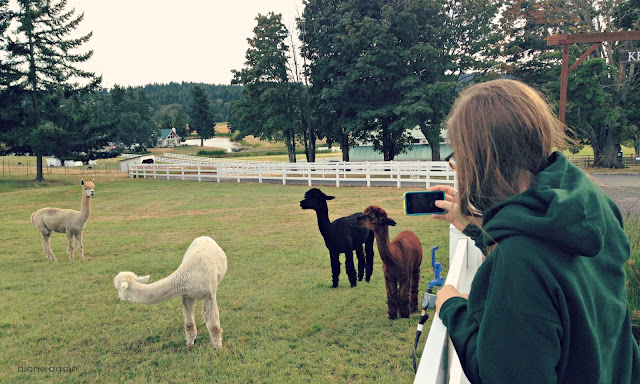 Now when I had first heard of my daughter's fascination, I was skeptical.

"Alpacas? Really??" I asked. "Aren't they the mean and nasty spitting types?"

No, she kindly informed me. I was probably thinking of llamas. Alpacas are smaller, kinder and way cuddlier.

Hmm. Maybe. I decided to keep an open mind. 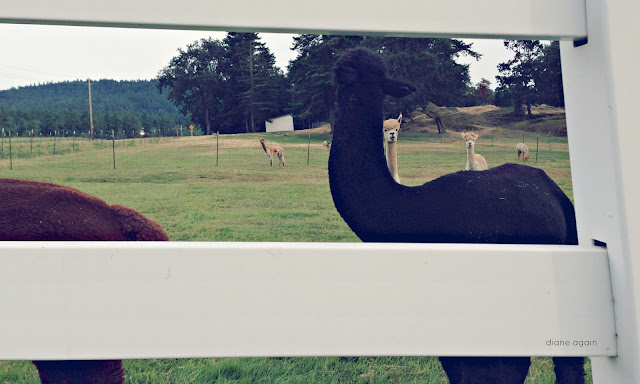 At first, the animals paid little attention to us. They just went on standing around and eating and occasionally snorting. Two of them had a little tussle. One pooped.

I wasn't all that impressed.

But then I became aware that one of them was staring at me. In the pic above, see the one just to the right of the black one's neck?

Yeah. He's staring at me.

Without breaking his gaze, he stepped around the blackie and came closer... 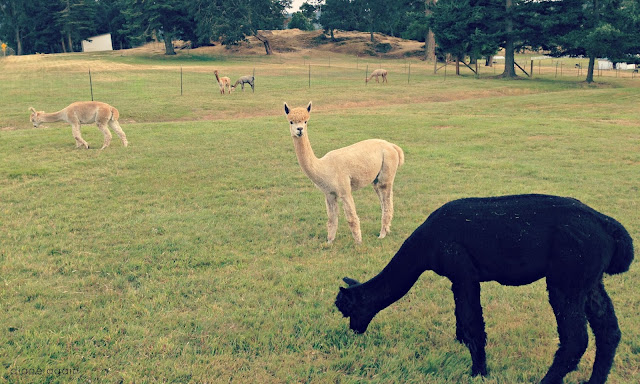 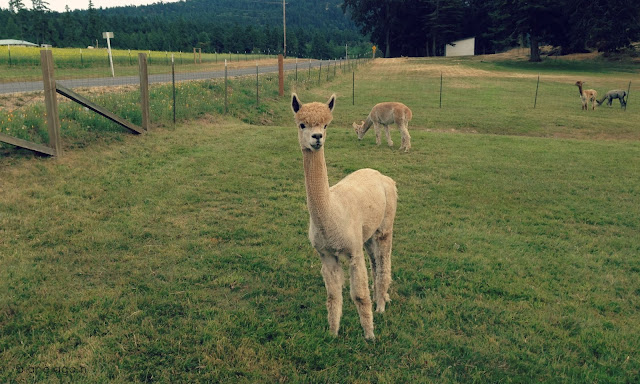 and closer! All the way up to the fence he came and stood right in front of me.

I had to back up in order to fit him in my camera screen. 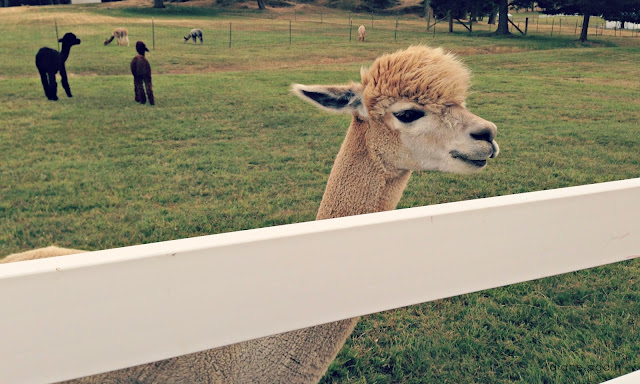 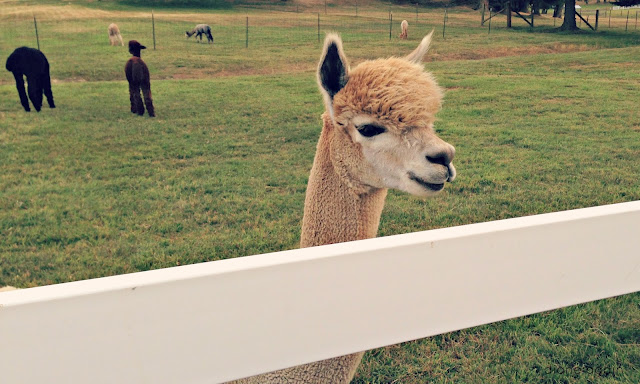 And you know what? He was beautiful. His coat was a soft caramel color, the little fluff of fur on top of his head was all windswept and wavy and naturally chic. Kinda like this.

His face was friendly, his eyes so inquisitive and alive. Ears up or ears down? I couldn't decide which pose was more precious.

But I have definitely decided this: my daughter is right about alpacas. They are very are cute. In fact, they are so fluffy that I may just die.

San Juan Island on Dwellable
Posted by Diane Streicher @ Diane Again at 1:12 AM