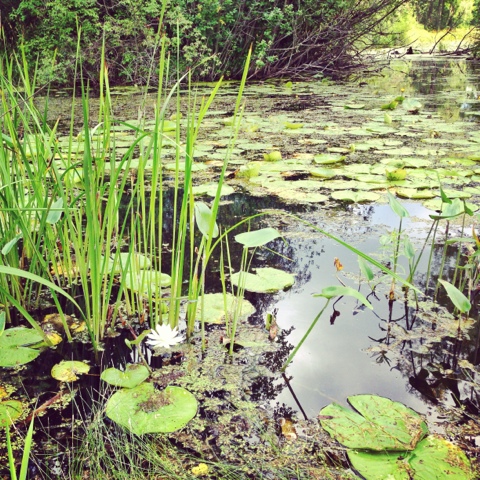 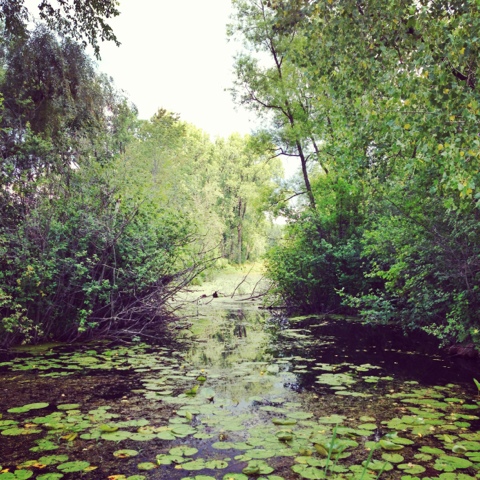 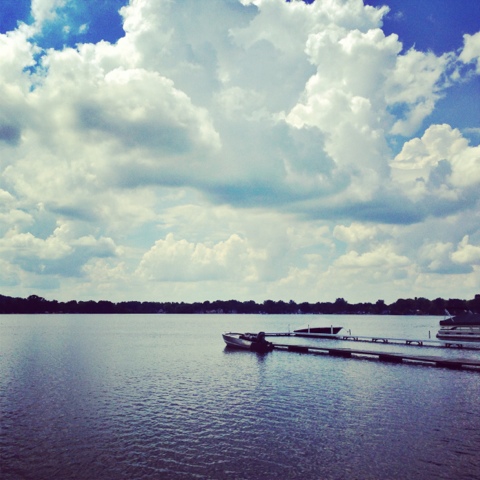 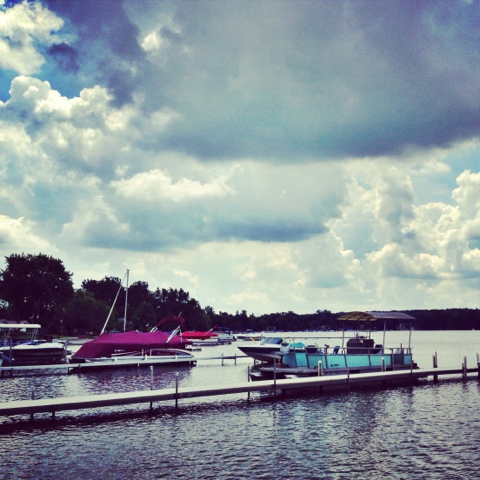 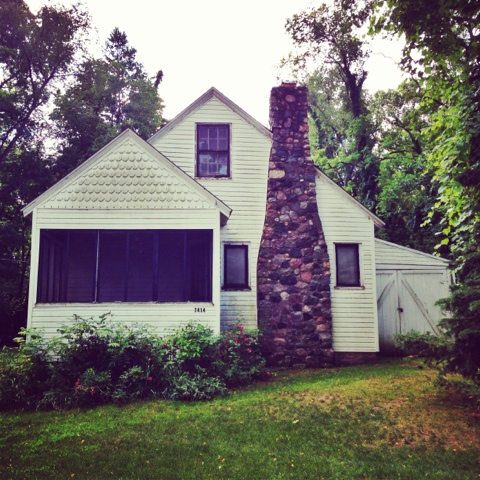 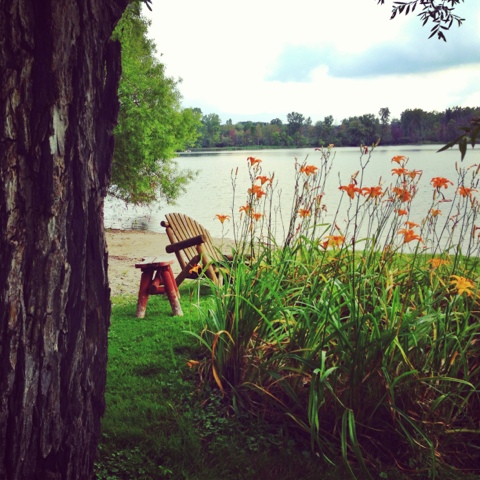 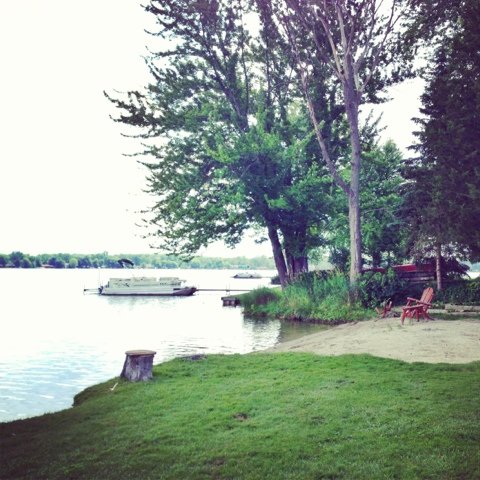 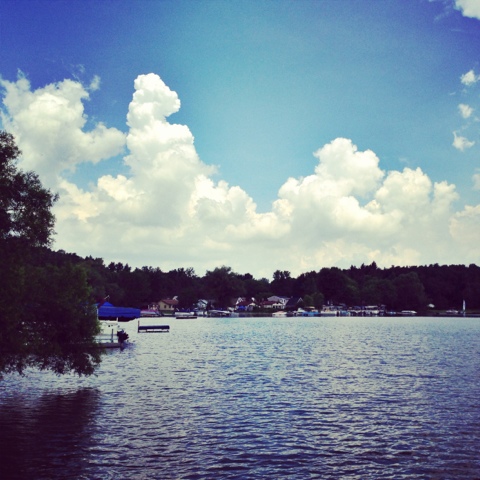 To the ordinary observer, this is a moderately interesting series of photos. Wetlands, a lake, a few pontoon boats. Various scenes along the shore, and a rundown little cabin. Nothing particularly captivating going on in these shots.
Unless you are me. And then each image hits you like a bolt of lightning, zapping you back through the years to a treasure trove of beautiful choldhood memories from my life at Ore Lake.
Shady Ore Creek is a place where I wandered and explored with my friends. We would catch bull frogs, crayfish, and turtles among the lily pads, and once I cut my toe so badly that it took months to properly heal. When other kids would see the nasty wound and ask me what had jhappened, I simplified the story by saying, "I skagged my toe."  The explanation made no sense, but my invented word seemed to satisfy the local curiosity.
The views of the docks and boats were taken from the far side of the lake, which was as exciting and strange to me as a foreign country when I was little. As a teenager, I got to know some city boys who stayed in summer cottages back here, and I felt quite exotic when I hung out with them. We rode around in speedboats and pulled each other on water skis for endless hours, and it was an idyllic place to be a teenager.
The creepy little cabin is exactly the same as when we rode our little-kid bikes past it and told each other it was haunted. Turns out it was haunted, in a way,by a big, barrel-chested city man who occasionally came out to this summer cottage to stroll around in his swim trunks, and blow on a conch shell straight out of Lord of the Flies. He brought with him his slightly maladjusted son who, as a youngster, blew up frogs with firecrackers, and as a teenager, took us girls sailing on his catamaran with plenty of bad intentions.
The orange lilies are planted exactly where we used to have big bonfires in the park, on the evenings of our annual neighborhood corn roast. When I was six or seven, I remember gazing in awe at the teenagers who gathered around the fire to sing folk songs   When I became a teenager, the grown-ups commandeered the bonfire and we contented ourselves with a rope swing that dropped us out into the dark waters of the lake.
And the last few shots capture other views at this place known as the Far Park. I swam there as a little girl, my friends and I played in the water for many a long, hot summer afternoon, and my own daughters learned to swim over their heads there too.  In the winters, we shoveled off a rink here, and played hockey in the brutal cold. Once, my good dog, Kelly, ran too far out and fell through a patch of thin ice. I was wild with despair, but luckily, one of my friends' dads saw the accident from his window. He came flying out of his house, grabbed a nearby aluminum row boat, and shoved it across the ice toward my poor pup, who was flailing in the frigid water. By the time the dad and boat reached him, Kelly had managed to save himself. But to this day, that man is my hero.
So please forgive me my ordinary photos. It's the stories behind the images that make them look like masterpieces to me.
Posted by Diane Streicher @ Diane Again at 1:47 PM

Email ThisBlogThis!Share to TwitterShare to FacebookShare to Pinterest
Labels: My Home and Garden, Travels Near and Far