I have mixed feelings about old theaters. Generally speaking, I like things that have been around awhile, from vintage cars to classic literature. And I typically enjoy any place that has an interesting history and old theaters, with their elegant lobbies, curving staircases, and velvet upholstery, fill my imagination. If only the walls could talk, what stories they might tell of past performances and the socialites of the day who attended them.

I was a tiny little thing when my mother took me to a glorious old theater in Ann Arbor, the University, to see Disney's 101 Dalmatians. She likes to remind me that during the movie, I kept asking for drinks of water, and it took several long treks to the second floor drinking fountain before she realized that I wasn't really thirsty. I was just obsessed with walking up and down the long, red-carpeted flight of stairs that led me to the water.

And maybe I was just a little bit scared of Cruella DeVille. But that's a different story.

But on the down side, most of these glorious old beauties have fallen on hard times lately. Ancient carpets are worn threadbare, architectural flourishes and filigrees are desperately in need of fresh paint, and dusty seats just plain smell bad. These interiors are not necessarily beyond repair, but they are silently begging for some tender loving care. It depresses me to see them like this. 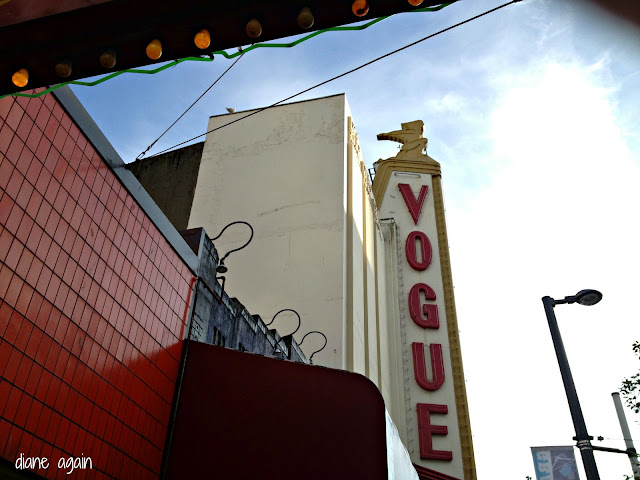 Sadly, when I visited the Vogue theater in Vancouver last week, I found her in just such a state of disrepair. Even worse, the front ten or so rows of seats had been removed to create space for postmodern moshers, which somehow led to sections of a heavy duty fabric duct-taped over their former foundations. Ew. So ugly and dilapidated. As excited as I was to be at the Vogue, I found my pre-show self sinking into a bit of a melancholy funk.

Then I looked up. Hallelujah! The sun broke through the clouds, an angel chorus sang, and my spirits soared. Because high above my head was a ceiling of glory. Curving panels, highlighted by recessed lights, created an undulating feast for my eyes that only became more interesting and beautiful as I shifted my perspective from one angle to the next. And best of all, every inch of the space looked immaculately clean and pristinely maintained. Beautiful. Perfect. Sweet. 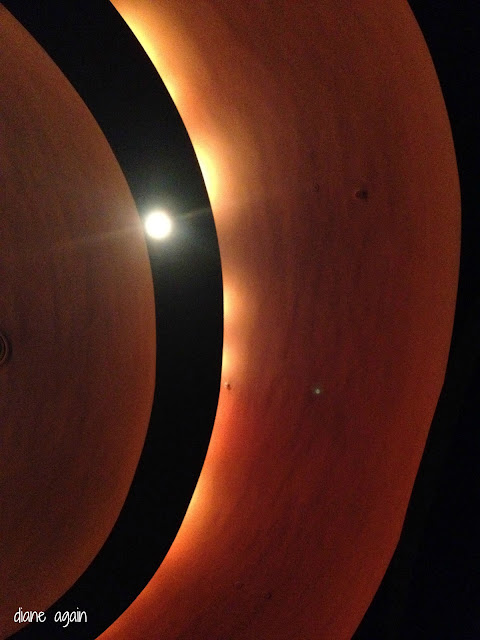 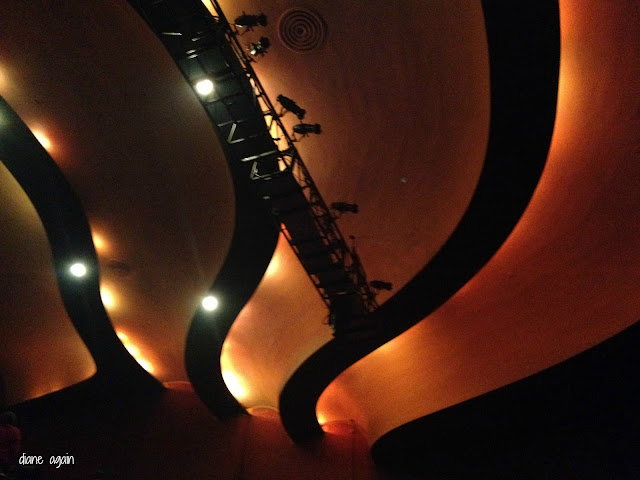 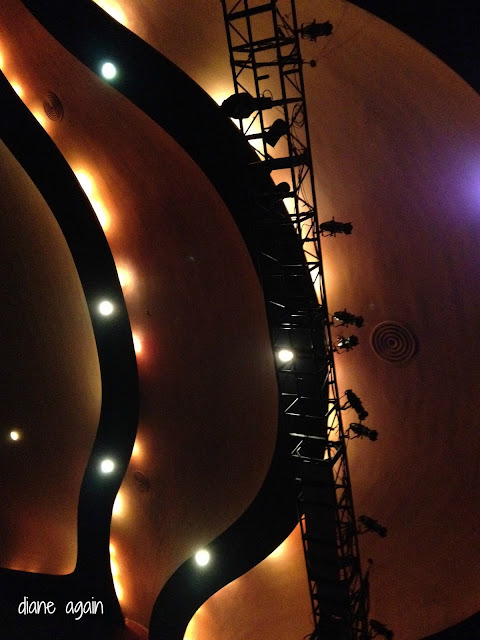 The Vogue Theater may not be the blazing jewel that she once was, but if you look at her just so, by George, the old girl still sparkles.
Posted by Diane Streicher @ Diane Again at 9:04 PM