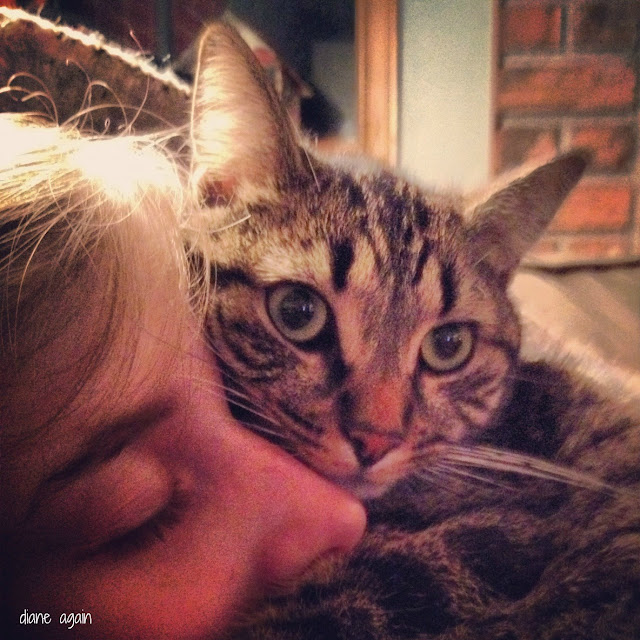 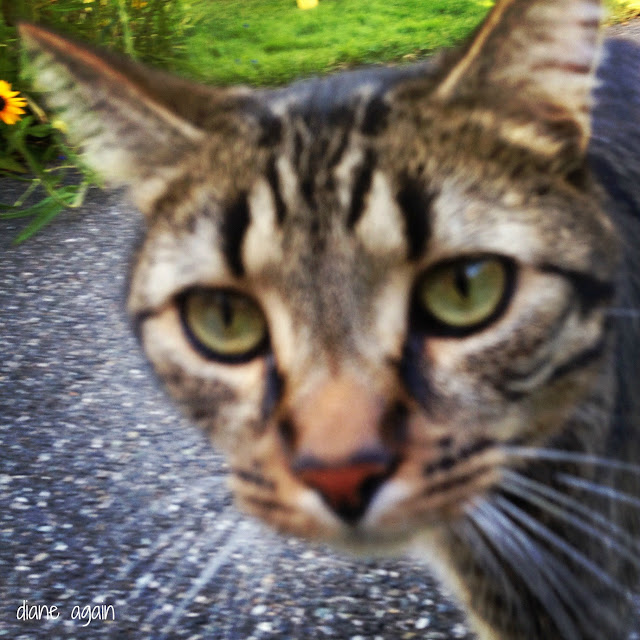 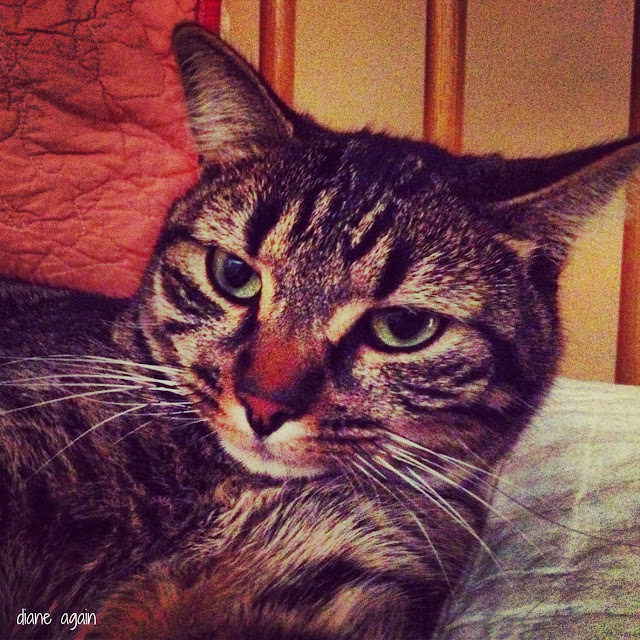 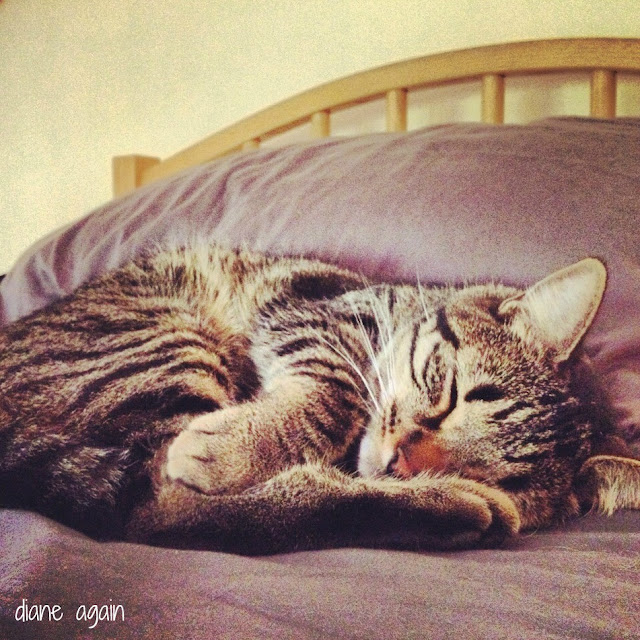 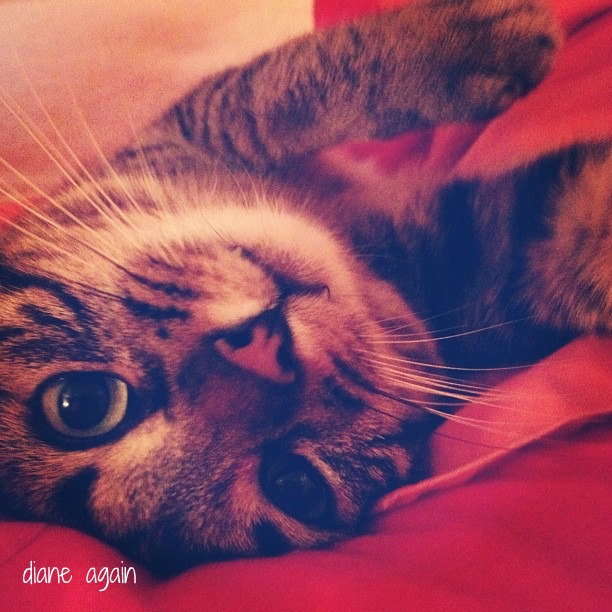 You may recall that my kitty cat, Cedric, took himself on a long adventure the other day, staying out all night and causing his poor family lots of worry.

{If you missed out on that drama, you can read all about it here.}

And while I am very glad that he came home, no worse for the wear, I can't help but wonder what he might have done during those missing hours.

Well, much to my surprise and amusement, some of that mystery was resolved today. It happened like this.

I was in my garage, climbing into my car, when the neighbor who lives directly behind me came walking past my driveway. As usual, she was accompanied by her tiny herd of dogs..four little yippy, prancing Yorkies. Keep them in mind; they are important to this story.

My neighbor called out to me, and as I walked out to join her, she asked me if one of my cats might be very dark grey with black stripes.

Umm, yes. That would be Cedric.

She went on to say that on the previous evening, she had opened her back door, which enters onto her family room, to let in some fresh air. Within a few minutes, one of her Yorkies came into the room, went directly to her couch, and got very upset. After a moment of sniffing, the little pooch began to bark excitedly, which sounded an alarm to the other three dogs. They rushed into the room and joined the first by circling around near the end of the couch, tap-tapping their little feet on the floor in agitation, and barking their high, yippy barks.

My neighbor realized there was something under that couch that should not be there. She called her husband to haul the watchdogs off to another room, and peeked under the couch. Her worst fear - that a raccoon was hiding under her couch - proved wrong. Instead she found a cat. Very dark grey with black stripes.

Umm, yes. That would be Cedric.

Assuming that the poor cat was scared to death, and feeling cornered, she carefully removed the obstacles between him and the door, and stood back to give him room to bolt. But he didn't budge.

After waiting and watching for a few moments, she realized that he didn't look scared at all. In fact, she noticed that he looked quite calm and collected. So, against what any sane person would do when encountering an unknown and trapped cat, she impulsively bent down and picked him up.

Rather than biting, scratching, or otherwise behaving like an upset cat, my Cedric relaxed in her arms, and allowed himself to be cuddled and petted for a moment. Then my neighbor walked to the back door, set him down on the step, and closed the door.

Then little Cedric paused, looked up at her for just a moment, and prowled off across her backyard, headed toward my house. As far as I can account for time, he showed up at my back door just a few moments later.

I can't decide if this story makes me feel better or worse about my cat's renegade adventures. But it's fun to know at least a few of Cedric's secrets.
Posted by Diane Streicher @ Diane Again at 1:01 AM