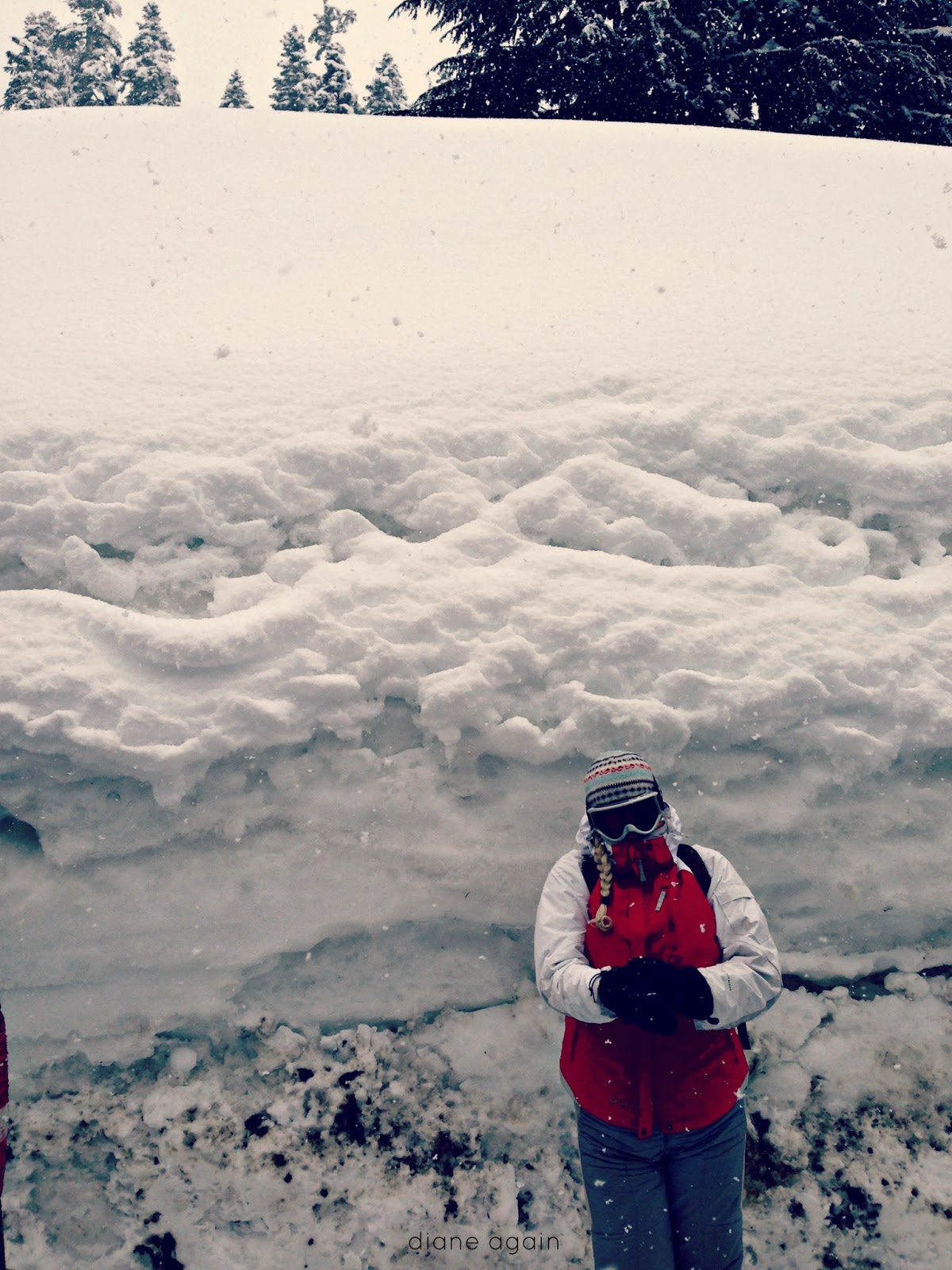 Praying that I won't sneeze.

All winter long, the eastern two-thirds of the United States has been pounded by a massive cold wave and series of beastly snow storms. Known as the Polar Vortex of 2014, this extreme weather pattern has pushed snowfall totals in many major cities far beyond their typical averages.

As of March 17, the snowiest city in the U.S. is Erie, Pennsylvania where just over 130 inches of snow has fallen this season.. My birthplace of Ann Arbor, Michigan, checks in at seventh place with a snowfall of 92 inches. And rounding out the list at twenty-fifth place is yet another Great Lakes victim of the vortex, Minneapolis, Minnesota with 58.4 inches of the white stuff so far. Undoubtedly, this winter has been one for the record books in many American cities.

Out here in the Pacific Northwest, we are safe from the ravages of that wicked old Polar Vortex. Us folks in the Upper Left USA, well, we just thank our lucky stars for our typically mild temperatures and blizzard-free existence. I mean, up at Stevens Pass, the season snowfall totals just 410 inches to date.

Yes. You read that right. Four hundred and ten inches in a single season, and it's still coming down.

But that's just an ordinary winter in the great state of Washington.