Solutions In The Making

So this is what went down in my back yard today. As I described here, I had some garden-related problems that needed attention.

In my usual style, I set to work by attacking the most obvious part of the problem without a specific end in mind. This may seem counter-intuitive or even downright unproductive. I wouldn't argue. But it's how I roll.

Okay, to refresh your memory, I have a pair of giant honeysuckle vines that have strangled a poor little over-challenged metal arbor. The sides of the structure are torqued and twisted beyond repair. 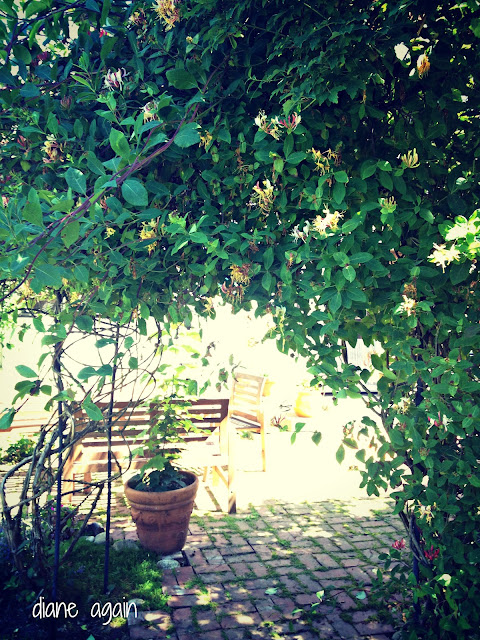 The obvious first step was to remove the twisted bits of metal. 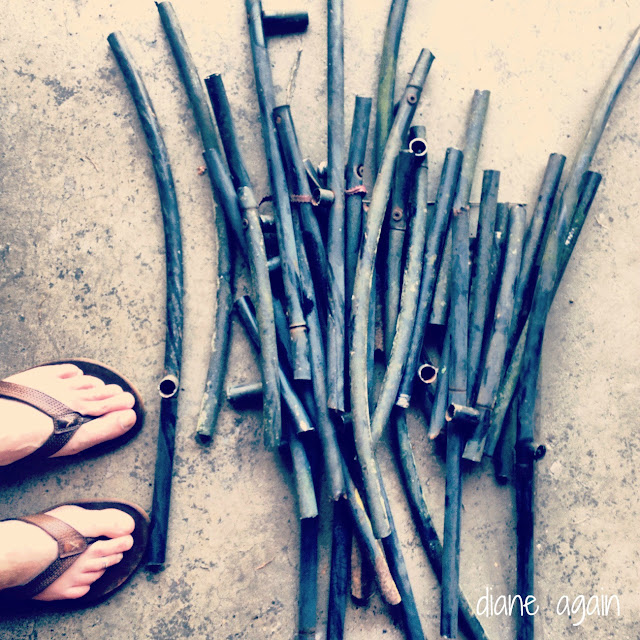 And this is what remained. If it looks to you like a confusing heap of tangled plant matter, then you are right on the money. 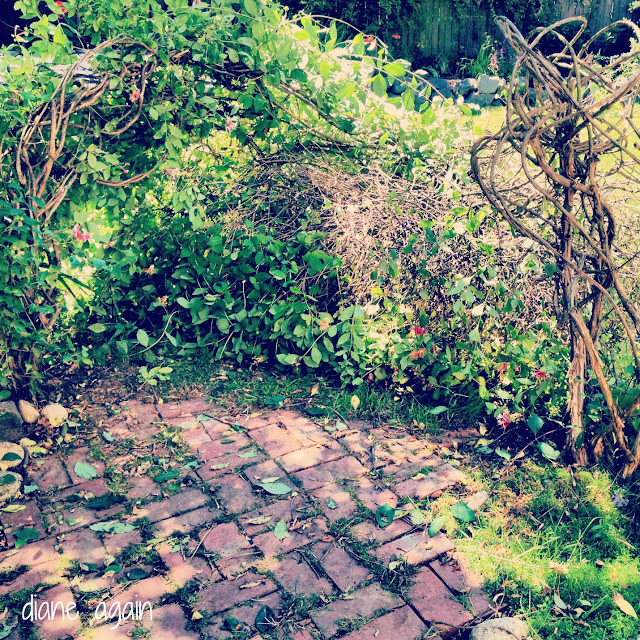 I considered installing a stronger trellis that might put up more of a fight, and heaping this big mess back up on top of the new structure.

I thought about transplanting one or both of the vines to a new location, again, with a more manly climbing apparatus.

I pondered leaving it all just how it is, to become a home for small woodland animals.

In the end, I ripped the vines out. Rash move, I know. But if I want two honeysuckle vines, I could go out and buy two new plants for about thirty bucks and that makes a lot more sense than trying to wrestle these mighty beasts into submission. Sorry 'bout it, honeysuckles, but you have got to go.

Moving on to my other problem, I had a second trellis that was strong and sound but looked like a flock of herons had built their nests on top. This was once the home of a lush and lively clematis vine, which has been with me for many years. It has survived countless radical prunings and several devil-may-care transplants. I love plants that put up with my nonsense and I hated to think that this one may have finally died.

So again, tackling the obvious problem first, I hoisted myself up on a ladder and surveyed the mess. I was heartened to find a fair number of fresh green leaves. So, armed with my trusty trimmers, I set about cutting out the dead wood to see how much living growth I could find in the old girl. 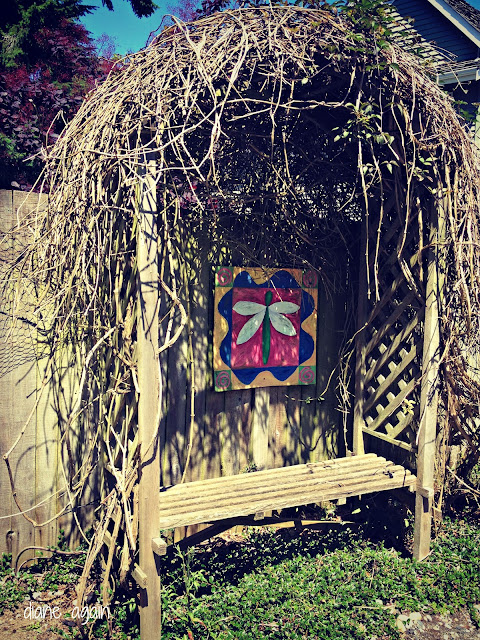 I threw my trimmings on a very large blue tarp. See it under there? This is the first load. 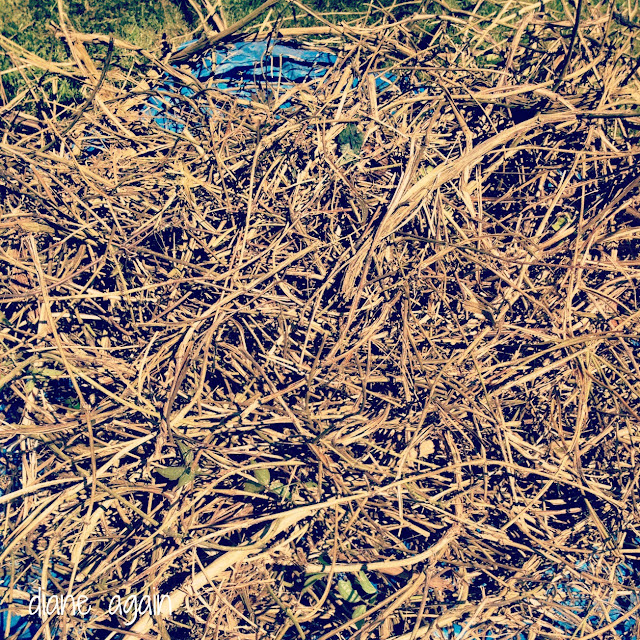 I filled the tarp two more times. There was a lot of dead wood.

In the end, I'm happy to say that I discovered a nice little colony of new growth. With surgical delicacy and the persistence of a fisherman with a tangled line, I slowly recovered the living vines and perched them carefully upon the clean and open trellis.

I was hoping to capture some 'after' shots to share, but by the time I finished with all of this, dusk was settling in and I was slapping mosquitoes. Tomorrow, when the sun is shining and all is right with the world, I'll show you how it turned out.