When Kama Zaid first sent me a friend request on Facebook, I read that statement on his "About Me" page.  And this was his profile pic: 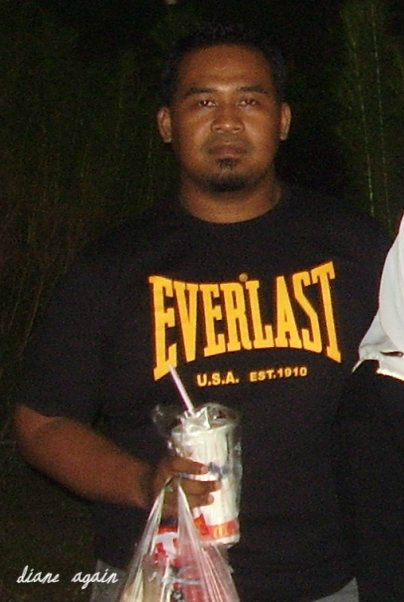 Well, I'll admit it. I was intriuged.

Although Kama was to become my second Kelantanese friend, the first had come to me through a round-about fashion; this was the first time I had ever received a direct friend request from a perfect stranger.

At the time, I was cautiously wary of unfamiliar men on the internet (I'm over that now) but I figured I need not fear hidden motives with this guy. Between the declarative personal statement, bold boxing logo, and the bulging McDonald's bag, my instincts told me that this was a person who would not hold back.

My instincts served me well.

Three and a half years later, I can say that Kama is probably the most straightforward person I know.

I was eventually to learn that sincere, genuine friendship is a hallmark of the Kelate people, and most everyone I know from that region of Malaysia is similarly upfront and unpretentious.

But Hammie just takes the cake.

Let me tell you about him.

First, the nickname. Like many of his countrymen, Kama has a passion for Premier League football. He has pledged undying and passionate support for his favorite team, West Ham United. Somehow, the 'Ham' in 'West Ham' has translated to the nickname of Hamster, Ham, or Hammie. It suits him perfectly.

(Side note: As of May, 2011, West Ham United F.C. has been relegated to the Championship league, so, as I understand it, they are not currently a Premiere League club. I'm sure I don't grasp all the technicalities of this situation but I am making due note of it.)

And of course, like every good Kelantanese, he is wild about his Red Warriors.

Another notable aspect of Hammie's personality is his deep and abiding love for food.

Now most of us enjoy food. It's part of the human condition. But Ham takes an unabashed delight in his food and drink which brings his commitment to a whole 'nother level.
Ham takes a lot of ribbing about his abundant appetite...and if he wasn't a good pork-avoiding Muslim, I would make a joke right here about how his nickname lends itself to the theme of food....get it? Ham? Ribs? See how easy it is? With this laugh-inducing guy, the jokes write themselves.

Anyway, back to my point. He really is kind of a super-sized man, as any group photo amply demonstrates. That's him, holding down the right side of this pic. Is he not twice the size of every other person in the group? They are not abnormally small. He is just big.


Between his under-performing British football team and overactive appetite, Hammie takes a lot of teasing. He is kind-hearted and jovial through it all. And that is my favorite thing about him. He is just a good-natured, funny man who is always good for a laugh.

This sequence of him playing for the camera in a waterfall illustrates another reason why the name "Ham" suits him well. 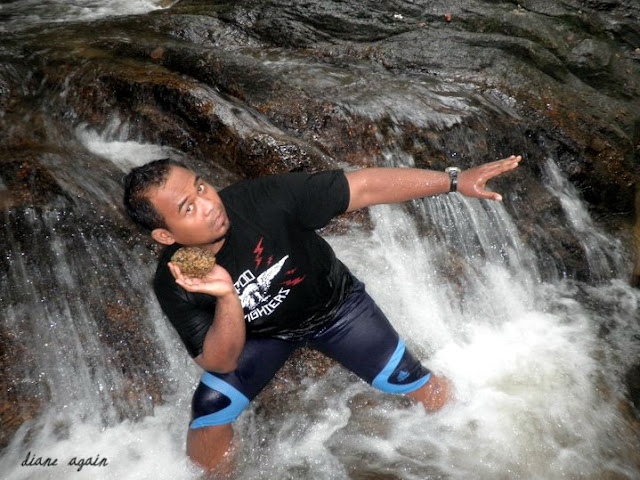 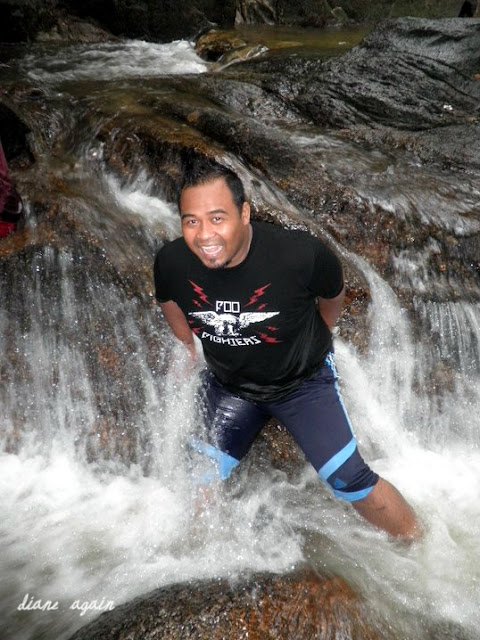 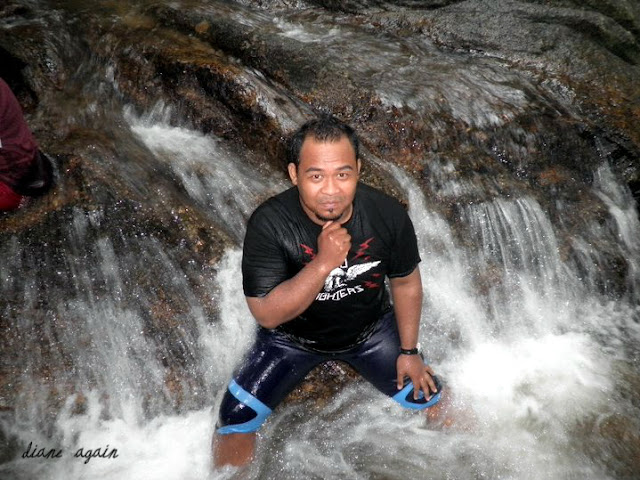 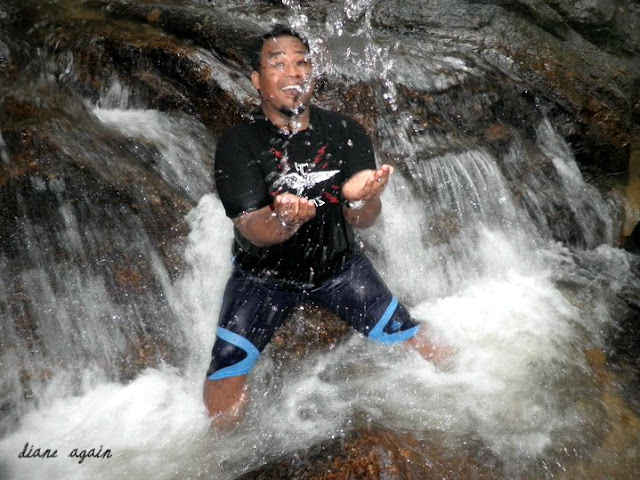 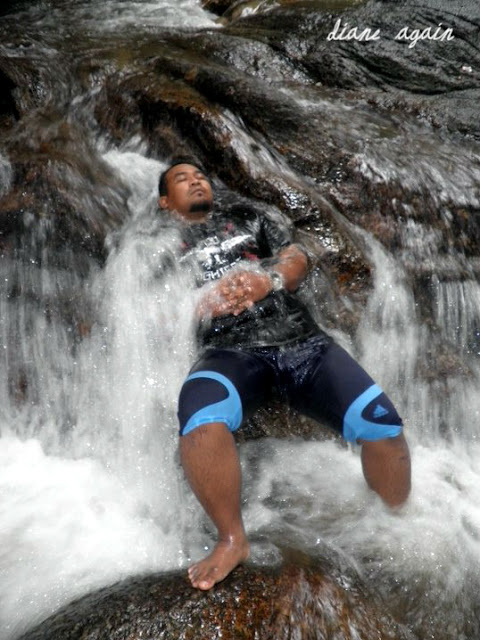 These pics leave no doubt that Ham is a complete nut. His zany antics go on and on, endlessy goofy, always over the top. Sometimes, people like this can get annoying, but based on my own experience and what I observe from our mutual friends, this is not so with Mr. Kama Zaid.

And I think I know why. It's because of his honest, simple way of being. He has no ego-driven need to attract attention. He doesn't really care if you find him interesting, confusing or completely nutters. He isn't playing games of any sort. He's actually quite a humble guy.

The bottom line is this: Kamaruzaman Haji Zaid Al-Kelantani is straight and bold. And because of that simple fact, he is an extremely likable person and very good friend.